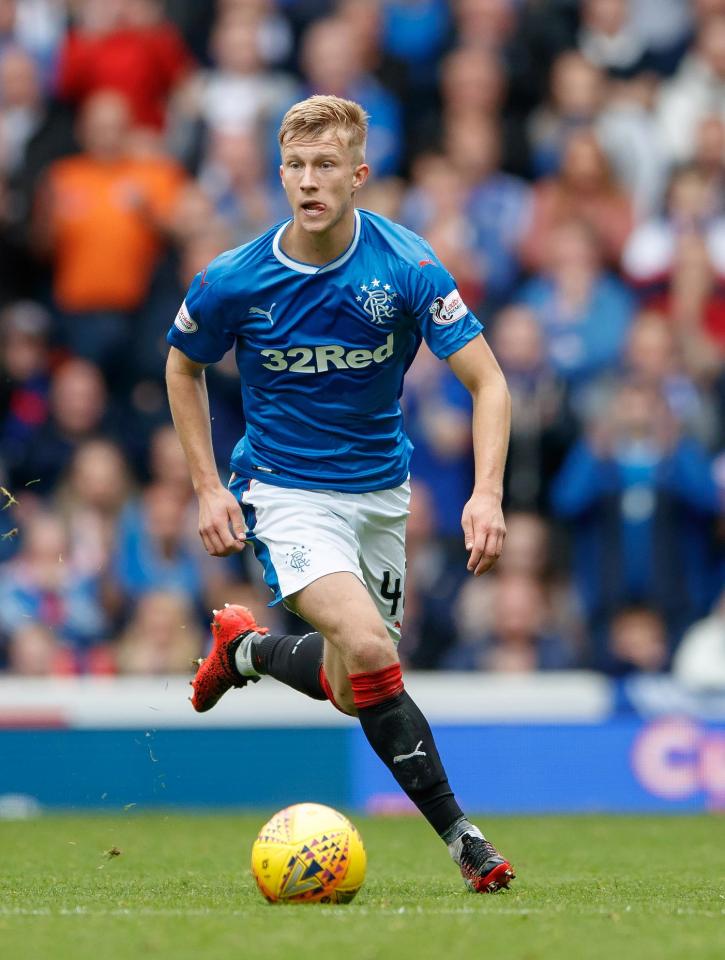 After a number of fans have ‘enjoyed’ a lively debate on the merits or otherwise of Andy Halliday at defensive midfield, the choice may have been taken out of everyone’s hands with the return yesterday to first-team affairs of Ross McCrorie.

A slight surprise starter, McCrorie is one many fans have high hopes for, and while on pure merit only his biggest supporters would strongly make a case that he’s superior to both Ryan Jack and Jordan Rossiter, nevertheless yesterday’s display from the U21 Scotland captain confirmed a number of things about the Auchenhowie youth product.

First of all, that on his game, he’s not a significantly huge downgrade on the aforementioned Jack and Rossiter. Sure, he probably is the weakest of the three, but for matches like this, the bread and butter of the SPL and domestic cup matches, he is really no slouch and does the shirt and his selection justice.

Secondly, manager Steven Gerrard quite simply made an error earlier this season putting him as the ‘one’ in the 4-1-4-1 he started out with – McCrorie needs a bit of support and a tighter midfield – in the 4-3-3 he has that – every time the anchor has played in the 4-3-3 he’s looked at least good, and frequently better. For Gerrard to suggest his red card at St Mirren knocking his confidence is why he struggled earlier this season is a bit of brass neck quite honestly! McCrorie thrives in the three, and we are seeing his competence now. More than.

Thirdly, his growing maturity and flexibility. To switch to the right back slot (although why was Halliday not put on for Tavernier and Flanagan switched to RB?) and be comfortable there was impressive. Yes, he’s been playing there for his country recently, but it’s handy to have another player who can adapt to a number of positions and improve versatility for the team.

And lastly, that Andy Halliday may just have seen his place nicked, permanently. Halliday is a very useful squad player who never lets his team down – but if all is pure and holy he just isn’t a starter, and McCrorie’s excellent display yesterday may just have propelled him to main defensive mid in Jack and Rossiter’s absences.

McCrorie had a very good outing, and proved himself very adept at this level. There have been doubts about him following his struggles in the 4-1-4-1, but we’ve always insisted that with close support in the 4-3-3 he is perfectly decent.

Whether McCrorie goes onto improve and become a match if not better than Rangers’ (theoretical) main choices for DM, he has done his chances no harm at all with this display.

It just gives Rangers even more depth, and that’s what we want.