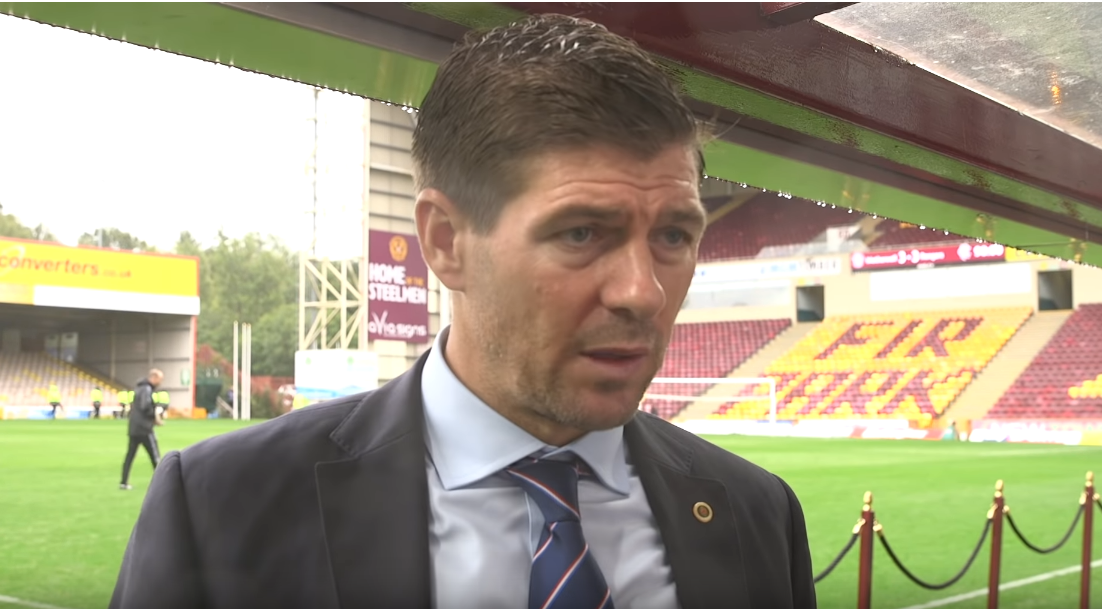 Following Rangers’ draw at Motherwell last weekend manager Steven Gerrard could have been forgiven for suggesting the formation he deployed had been a mistake, given how uncomfortable Connor Goldson especially had appeared to be in it.

However, in a surprising admission, the manager contradicted this by claiming the formation worked well in general play, and appeared to imply it could be his preferred choice going forward.

“It worked in general play, I think the thing that didn’t work was us defending set plays – we’ve been done twice so that’s what we need to learn from. I think if you take those two set pieces away I thought the formation and the way we played was good enough to get a result here. But if you concede two from set plays it’s always going to be tough.”

We’ve been highly impressed by Steven Gerrard to date, doing little but praising ever since the slightly underwhelming displays v Shkupi, but we must say we’re a little puzzled by this admission.

Not only was it evident the formation didn’t work, and was 90% of the reason at least three defenders struggled (Goldson, Tavernier and Flanagan) but there was absolutely no reason to set the team out that way in the first place given how productive 4-3-3 had been.

We assume the reasoning behind it was to cope with Motherwell’s physical threat, but equally it was not tried and tested and it was a heck of a fixture to experiment with.

If Gerrard does think that formation is good enough or indeed suits the players we currently have we’d be a tad concerned.

We sincerely hope the 4-3-3 is back come Thursday.