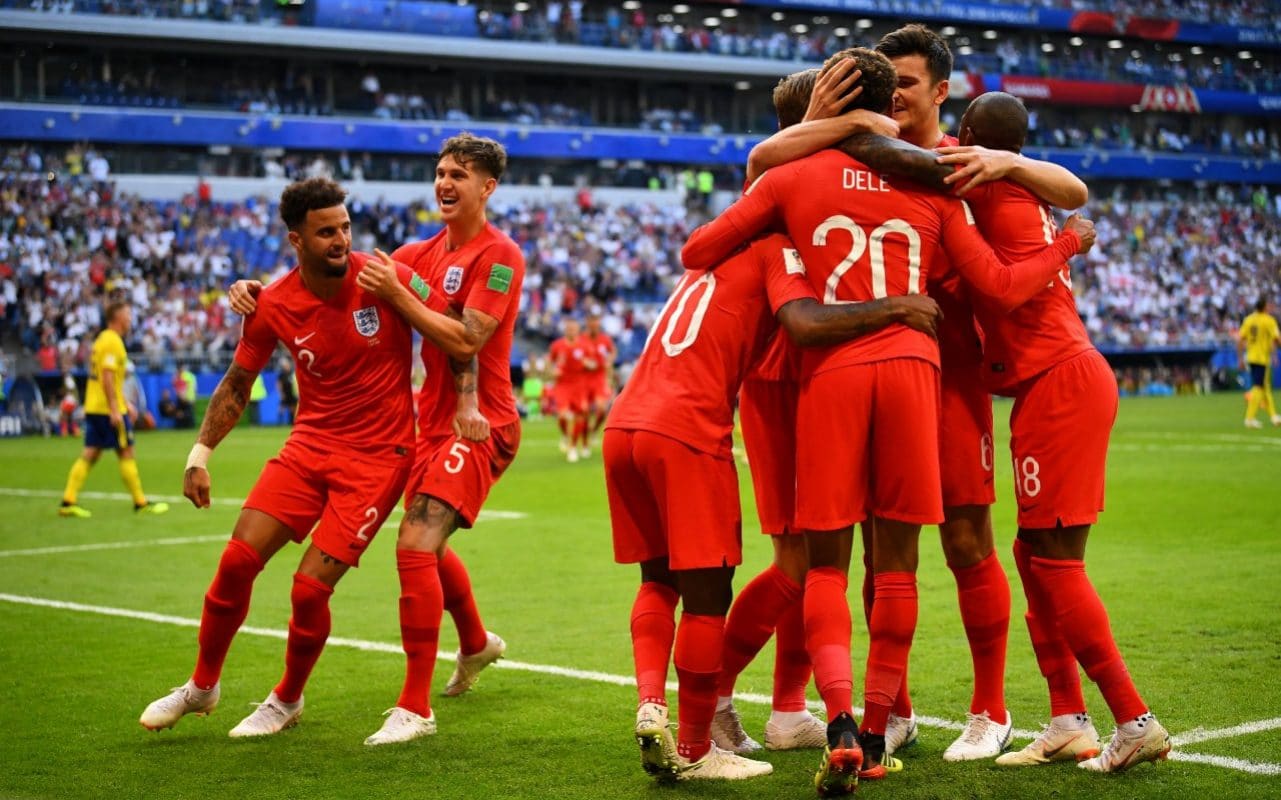 With Rangers frequently called the Quintessential British Club and proudly singing God Save the Queen on the final minutes of any match, it would be amiss of Ibrox Noise to fail to discuss tonight’s semi final for England against Croatia.

We have watched the World Cup like everyone, with it being the least predictable major championships for a generation, with major interest at the likes of Germany, Spain, Argentina and Brazil all falling well before they were expected to, opening it up for one of France, recently Belgium, England or Croatia to do the unlikely and win the whole thing.

Pre-tournament we sussed Belgium and France as going a long, long way, and we had eyes on Croatia too, but then we also expected much better from Argentina so what do we know.

Didn’t bat an eye in their direction in all honesty. A previously unpopular manager, one fans didn’t really support and who criticised him openly for omissions like Wilshire and making Kane captain, is suddenly the toast of (most of) Britain for his sterling work in getting more out of his squad than they’re really capable of.

England have had a hell of a slice of luck too, with the hardest team they’ve credibly faced being Sweden, and they were well beyond their limits without Ibrahimovic.

The luck of the draw has definitely favoured our southern friends, but then, so what? Sure, they could actually win the world cup without even having to face a Germany, Brazil or Spain, but given how badly those played, would they have even been a threat?

The reality is, the way this tournament has played out, the four best teams in the thing were legitimately the final four – the semi finalists.

That is the proper way of things and England have been one of the four best. Whether they will have enough to overcome maybe the best midfield in world football (both club and country) in Croatia’s Luka Modric and Ivan Rakitic is another matter – we’ll know more come 8PM tonight.

Rangers have a tonne of English connections, more than any other Scottish club, and we have so much history – we had four players in the squad in that last time England faced a semi final in the world cup (Stevens, Steven, Woods, Butcher), and another joined us from said squad two or three years later (Gazza). So while times have certainly changed, our affinity with England hasn’t.

We have our second English manager (a legend at that) and a tonne of English players in Tavernier, Windass and Flanagan to name only three.

So if Rangers have a side tonight, it’s surely England. Although perhaps not mention that to Nikola Katic…

But in all seriousness, you can only beat who you play – and if England do win the world cup now, they’ll have had to beat Croatia and France, and whatever the opposition was before now, that’s a well-earned trophy.

It actually seems surreal to see a home nation having a serious shout at winning one of the biggest prizes in sport (only perhaps the 100M sprint gold medal is bigger for sheer glam).

We wish them luck.