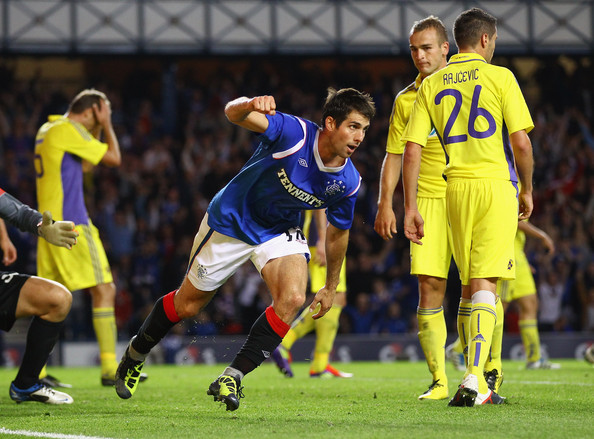 This Thursday night Rangers face the Croatian side Osijek who finished fourth last season in their league, and in the second qualifying round of the Europa League they beat Petrocub of Moldova 3-2 on aggregate.

Last season, Osijek famously beat Dutch giants PSV 1-0 home and away as well as Swiss side Luzern before narrowly missing out to Austrian powerhouse Vienna on away goals in the play-offs.

Rangers have earned the right to meet Osijek after beating Shkupi 2-0 on aggregate.

If Rangers play well against Osijek and manage to go through, they will either meet Chikhura Sachkhere from Georgia or Slovenian cracks Maribor in the third qualifying round of the Europa Cup.

The ‘Gers know all about Maribor who eliminated us from the same competition back in 2011, but not many people are aware of the danger that Georgian’s Sachkhere hold.

We have to hope that Steven Gerrard picks the right team to start these important matches
and that they play to their full potential, as the money earned from these qualifiers (more on that later) is essential to Rangers for future investments to continue strengthening their squad.

The target has to be making the group stage, but a word of warning for the Light Blues. Since 2010, Rangers, Celtic, Aberdeen and Hibs have all been knocked out by Maribor.

Last season Maribor competed in the Champions League group stages, holding Spartak Moscow and Sevilla to draws. However, Liverpool did batter them home and away, including a 7-0 win at Ljudski Vrt.

Maribor are usually champions of the Prva Liga and have won it on 14 occasions, but they suffered title heartache last term, by ending the league on the same number of points as champions and ex-Rangers winger Nathan Oduwa’s recent stomping ground (left them two days ago) Olimpija Ljubljana.

They just missed out on a second successive title when they were beaten by the head-to-head points system currently operated in Slovenia, which meant it was the Europa League for them instead of their coveted Champions League spot.

Chikhura Sachkhere from Georgia domestically play in a 2,000 seater ground but at the 54K Boris Paichadze Dinamo Arena (Uefa regulations) in UEL and won their national cup which qualified them for this season’s competition. They only finished in fifth place in their Erovnuli Liga by winning 17 games and losing 15 of them out of 36 league matches.

In the first qualifying Europa round against famous Israeli side Beitar Jerusalem they drew 1-1 at home, but managed to win 1-2 away to meet Maribor this week.

They only scored 47, but managed to lose 54 over the league season, so Maribor are odds-on clear favourites to play Rangers in the next round – we can only hope we’re there guys!