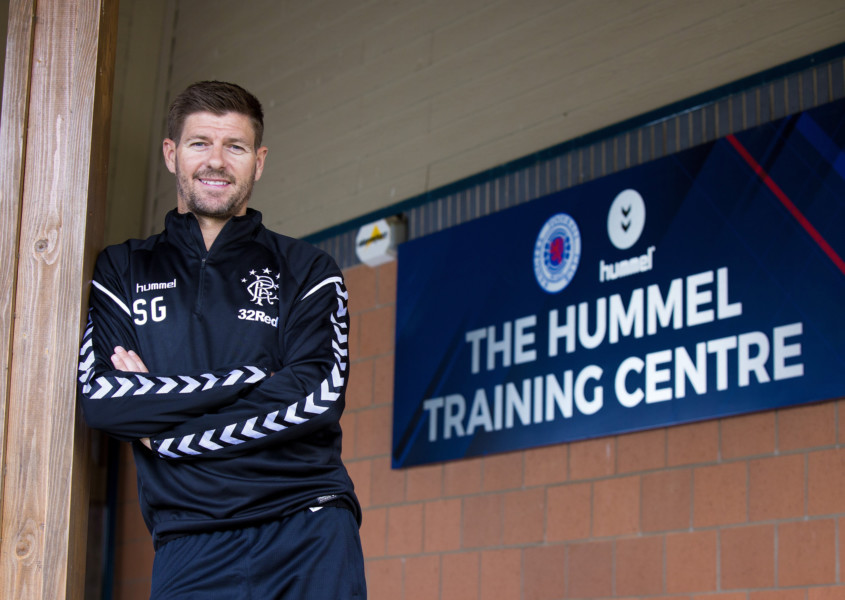 On the back of Head of
Performance Jordan Milsom confirming manager Steven Gerrard wants to play an aggressive style of football both on and on the ball, the boss himself has
hugely alluded to that during his verification that Rangers are trying to clinch
Roma striker Umar Sadiq on loan.
The 21-year old is said to be in
discussions with Gerrard, Allen and  co
with regards a year-long deal to join the revolution in Govan, but Gerrard’s
words on the negotiations more than dropped a hint that Sadiq’s style will very
much support the idea of an aggressive, physical Rangers.
He said:

“We’re a fan of Umar Sadiq but
there is nothing to report on that yet in terms of progress but we do like the
player. We’ll have to see how that one materialises. He’d bring us a forward
option – height, power, presence. He’s a player that works too hard believe it
or not. He does tons and tons of running. He’s very enthusiastic. He’s the type
of player who gives you just as much out of possession as he does in possession
which is very important.”

So obviously Gerrard confirming
interest which effectively implies that a deal is imminent, but his emphasis on
height, power and presence are very strong indicators that Milsom was not just
playing lip service to the notion of aggressive football, but that Gerrard is
very much going that path.
His praise of Sadiq confirms just
how much stronger and more robust his Rangers will be compared with the wet
feeble one of the past six years, and even if we are yet to see the talk turn
into the walk, the promises are definitely there to fix what was wrong, rather
than arrogantly stride into Govan and claim a monopoly on the best way for
Rangers to play.
We await this strong new Rangers
with interest.