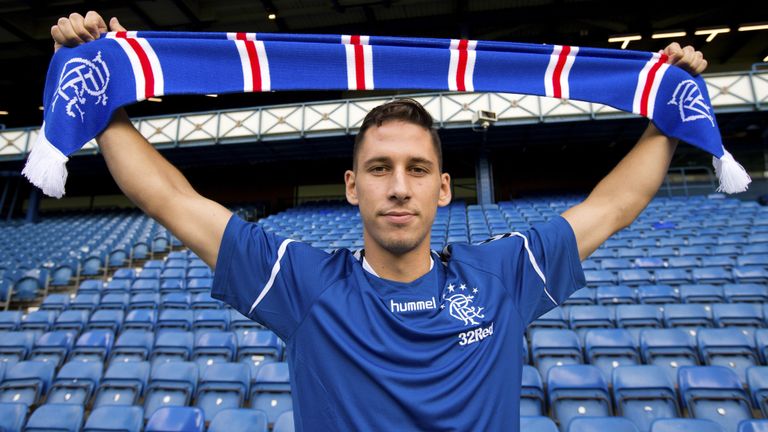 In 24 hours Rangers signed up two badly-needed defenders. How good they will turn out to be, only time will tell, but Brighton fans were mourning the loss of Connor Goldson while you don’t play for Croatia’s senior side if you’re not a half decent stopper.

However, in those 24 (actually 23) hours something else became apparent.

Stevie Ger yesterday spoke of how the defence was a priority, and if we look at the summer signings so far, of all six made, three are defensive.

Gerrard, and Mark Allen, are putting their money where their mouths are and securing the dreadful rearguard. As Gerrard said yesterday, it’s time to walk the walk – and he is doing exactly that.

Rangers fans have waited for signings to shore up the sieve at the back, and in the space of only a month, three signings for the most shoddy part of the team is the proof of the pudding that the club is taking it seriously at long last.

Only Jamie Murphy, Ovie Ejaria and Scott Arfield have not been defensive signings this summer, and that speaks volumes, as do continued links with Fenerbahce’s Martin Skrtel.

There are still even murmurs the Kyle Bartley situation isn’t completely dead either, simply because as good as it is finally getting in defenders, a club the size of Rangers needs two great players for every position. Plus let’s not forget the interest in James Collins and Gareth McAuley.

We now, hopefully, have at least two, but we still need more. Maybe there will be more life in Bruno Alves now, it’s possible. But Gerrard surely isn’t going to put his eggs in that basket.

But nevertheless – in one day the defensive signings became half of all signings Gerrard has made.

We now have a real goalie for the first time since McGregor left, and two (hopefully) fine centre backs.

Work isn’t over yet, but it’s making grand progress.