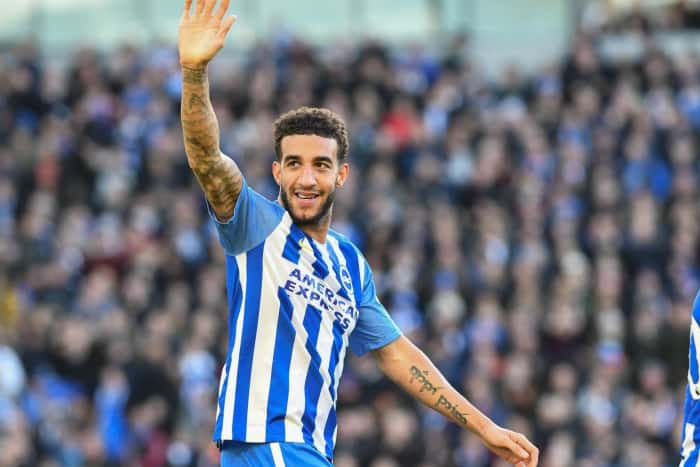 Rangers should over the next day or so confirm Brighton’s Connor Goldson as Steven Gerrard’s fifth summer signing, following in the footsteps of Allan McGregor, Scott Arfield, Jamie Murphy and Ovie Ejaria.

The 25-year old defender is set to cost Rangers around £3M, with varying values of between £2.75m and £3.5M being claimed, but either way the ex-Shrewsbury stopper is reportedly on his way north early this week to carry out his medical and put pen to paper on a deal. This will confirm him as Gerrard’s first outfield defensive signing.

It makes a nonsense of the tabloid claims that there’s no money, comments we often reject on your favourite Ibrox Noise when the latest mentalist sends us a ‘tick tock’ message, and we will enjoy this excellent defender plying his trade in Govan at long last.

As for who will partner him, unknown as yet, but with some friendlies later this month to prepare for July’s Europa League qualifiers, there is just a semblance of a shape starting to form under Gerrard.

The Rangers boss will be keen to see his new signings in action, along with the existing squad, to give him an idea of how ready they are for the serious business next month.