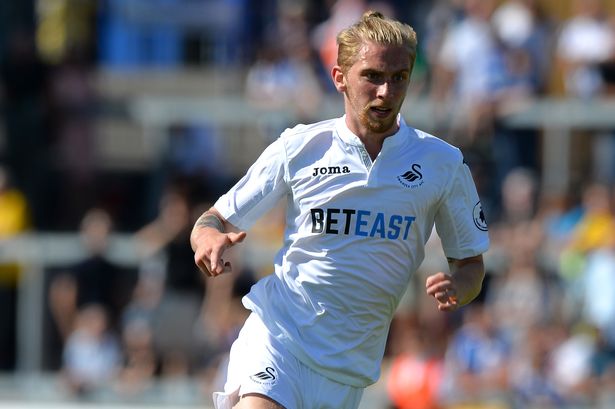 According to sources and reports, Rangers are getting ever closer to a three-man swoop, with an alleged £5M bid tabled with Swansea for striker Oliver McBurnie, a loan deal for Liverpool youngster Ovie Ejaria nearly complete and a similar arrangement for his team mate Dominic Solanke looking possible.

Curiously, all the above are strikers or wingers, suggesting Steven Gerrard is prioritising that as an area desperately needing improvement, and which equally bodes poorly for the potential futures of all three ‘existing’ strikers in Alfredo Morelos, Eduardo Herrera and seemingly-departed Jason Cummings.

With certain quarters claiming Harry Wilson was a done deal, Ibrox Noise reported recently that our information was otherwise, and that pursuit has indeed gone very quiet – with the Solanke, Ejaria and McBurnie group now seemingly heading Rangers’ want list, it does appear Steven Gerrard and Mark Allen’s priorities have switched elsewhere and hopefully players will get secured soon.

Defence and attack was where work was needed – despite the side being top scorers in the SPL, there is little doubt what Rangers had up front wasn’t good enough to challenge Celtic.

It seems management are working hard to change that.