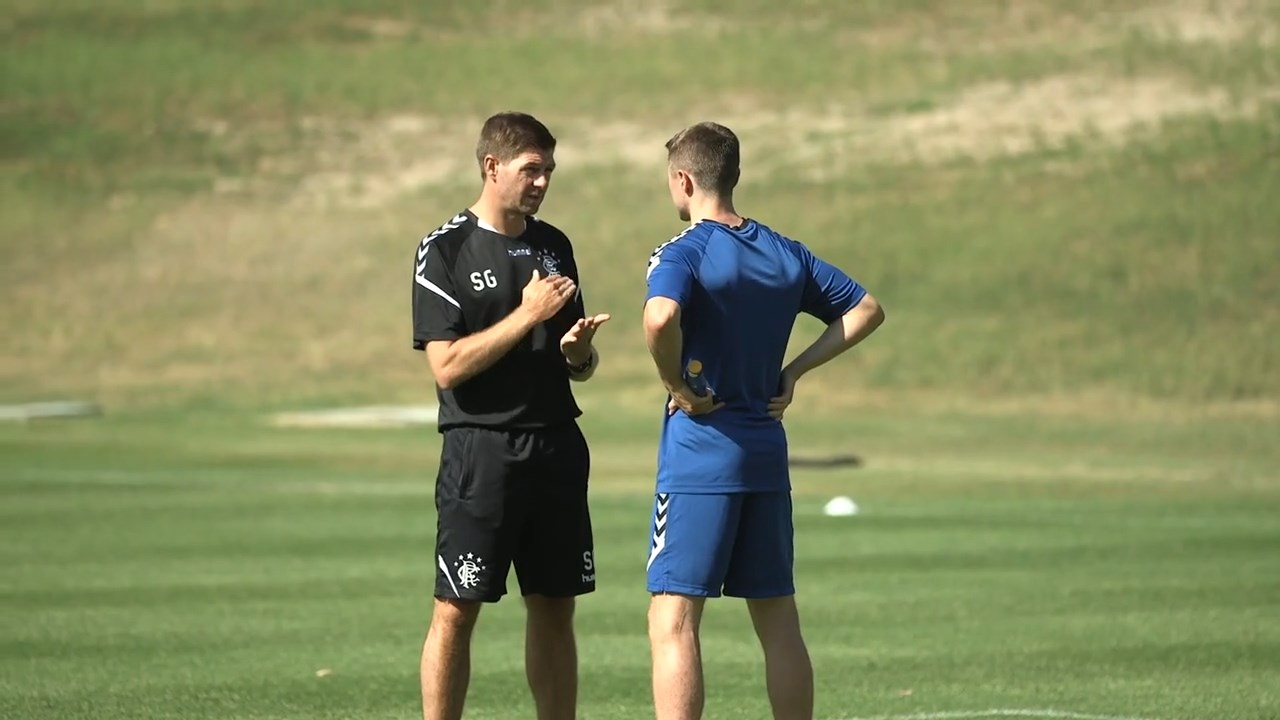 Well, at the training camp in Malaga, this photo shows similar importance and one-on-one coaching with a player we rate very highly at ‘The Noise’.

Jordan Rossiter has shown ‘promise’ for the past four years. The 21-year old midfielder was signed as the ‘new Steven Gerrard’ but with a few injury concerns.

Alas 10 appearances in his first two seasons rather summed up his injury blight – when he gained fitness along with Niko Kranjcar last summer it looked like Rangers finally had two valuable assets back.

Naturally, it didn’t work out that way – Kranjcar ended up a disaster of a player, while Rossiter’s fitness remained fragile as glass.

So here we are present day, but there does seem something different this time. Rossiter is heavily involved in training, and has confirmed he’s been fit since February – just not in favour – but his new manager, his idol could well be the one to get the Rossiter we know he can be out.

And if the image above is anything to go by, Gerrard is doing much the same with Rossiter as he did with Windass and has with a bunch of the squad members – blending one-on-one nurturing with group management.

He’s a manager who seems to be earning these guys’ trust, given they already respect him – but looking up to a manager is not the same thing as investing your trust in him, and given what we’re seeing at training, it appears Gerrard is ticking both boxes.