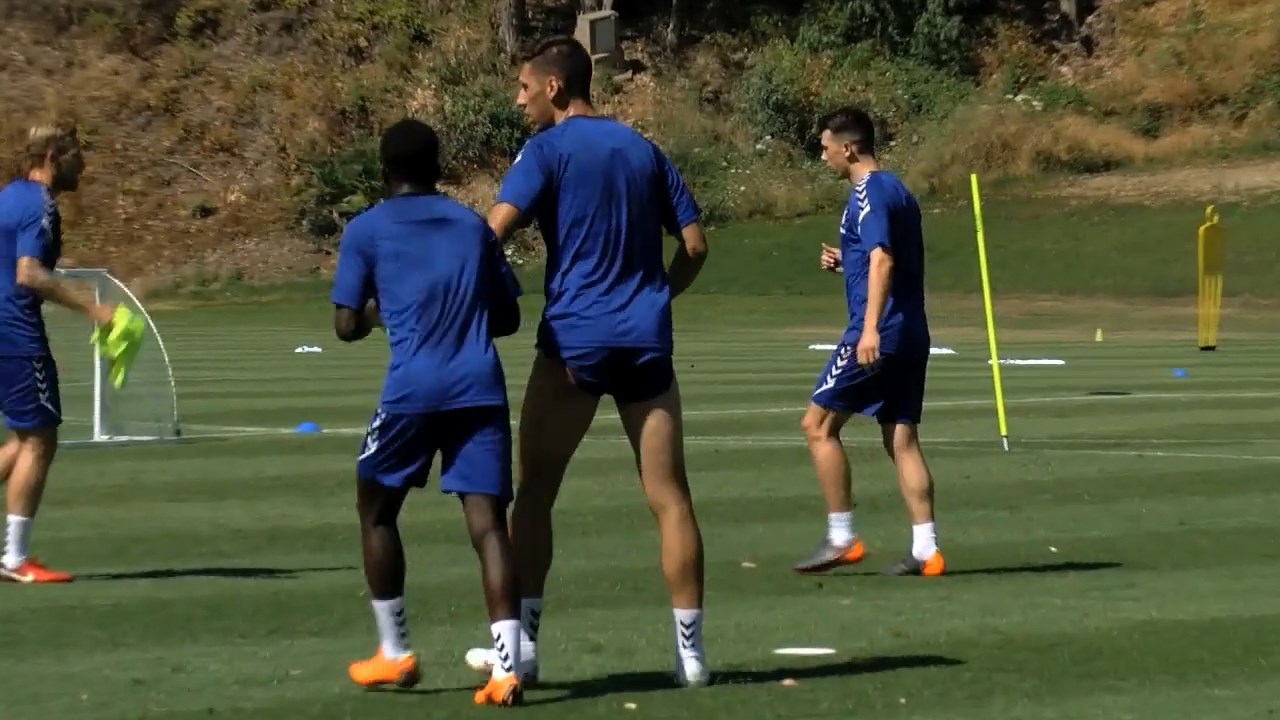 Rangers’ new boy Nikola Katic finally joined the lads in Spain yesterday having completed his move from Slaven Balupo, and the Croat giant wasted no time getting stuck in.

The 21-year old titan is nearly 6ft 5 and must be close to the tallest player plying his trade in the SPL, never mind at Ibrox, and as this photo shows, absolutely towers over the other players, particularly poor Serge Atakayi who still comes in at a fairly respectable 5ft 7.

The new Rangers defender was put through his paces in Malaga with the usual kind of running and transition drills, but given he stated he enjoys duals and the physical side of the game, plus aerial domination, it is not hard to see why this lad could be a very fine signing if he adjusts to the rigours of the SPL.

The Croatian international is head and shoulders (literally) above the rest of the squad and if Rangers fans have been waiting for a defensive colossus who could soak up the majority of high balls, Katic could well be our man.

His partner, former Brighton stopper Connor Goldson weighs in at a rather hefty 6ft 3 himself which really is quite a tall pairing to say the least, and Rangers fans can start to feel a little more at ease with the calibre of defenders back there.