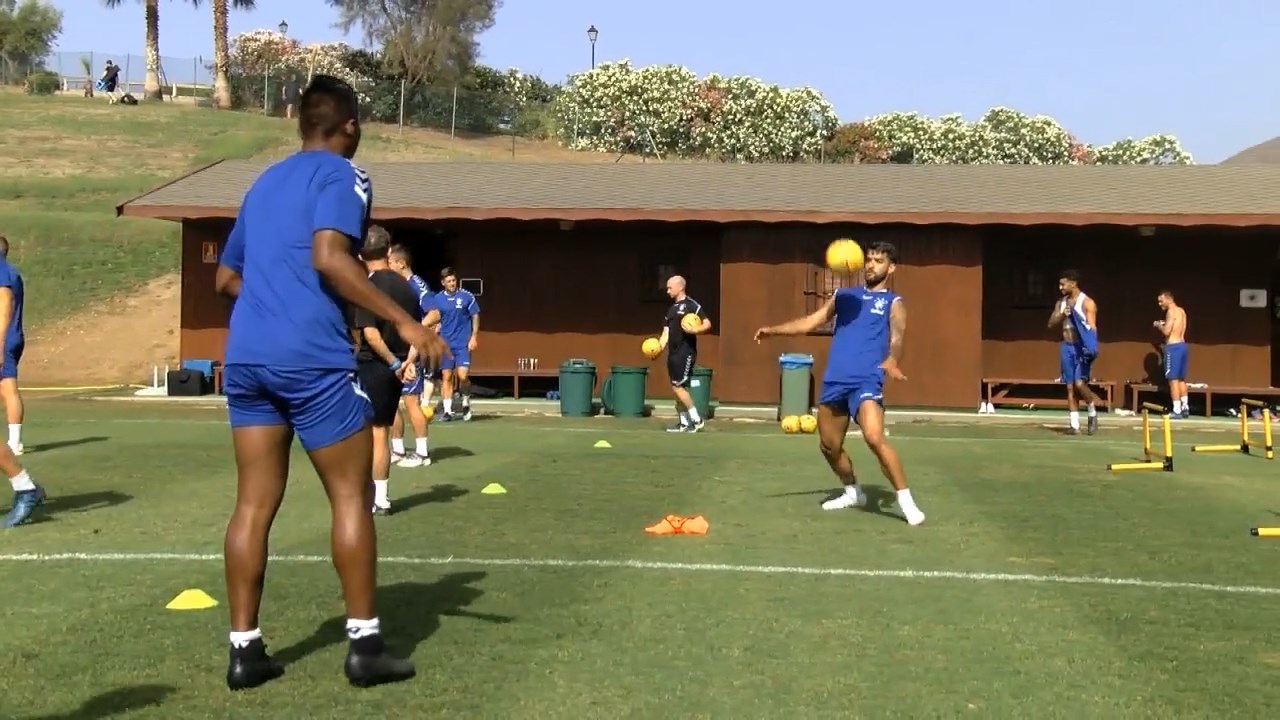 Rangers’ summer training camp in Malaga has been going extremely well, with
hard work in the sunshine and extremely productive sessions to get these
underworked players fit and ready.
However, eagle-eyed fans may have noticed two key
developments since the side travelled to Spain last week which both bode
interestingly for the season ahead, and both of them involve striker Alfredo
Morelos.
The first was a little pre-session keepie-uppie with winger
Daniel Candeias. The one thing which stood out about this was just how technically
outstanding  Candeias was during it – he has
rarely had a chance in the side to demonstrate such quality, given he’s usually
running at top speed on the flanks, but his skill was extremely impressive and
far above what he’s even shown on the pitch. It gave some idea of just how good
a player Candeias really is – if he had had a little more pace he would have
had a much bigger career.
However, the notable contrary to this was Morelos – while not
awful, the Colombian didn’t demonstrate anything like a quarter of the same
ability, and it backed up that what he lacks in finesse and subtle skill he
makes up for in work ethic and graft – silky play Morelos will never give, but
his all he certainly will.
The second aspect we noticed here on Ibrox Noise was just
how happy Alfredo Morelos has looked since he got on the flight and even in pre-season
in general. The lad has just looked much more settled with frequent grins and
plenty of interaction with others around him – especially since arriving in Spain.
Has the Scottish weather had a part to play in depressing
him? Let’s not forget Finland
is hardly tropical either but he did well there, and he surely knows England is not exactly Barbados for its own part but he wants to play
there, but nevertheless he’s looked extremely happy in the temperatures of Andalusia.
As we say though, he looked chirpy enough at the Hummel
Training Centre too, so maybe, just maybe the hitman is finally happy and feeling
content to be at Ibrox?
Obviously while some of this is conjecture it’s based on
fact, and the conclusions we draw are only our own opinions but nevertheless it’s
all intriguing food for thought as preparations for the new season continue.