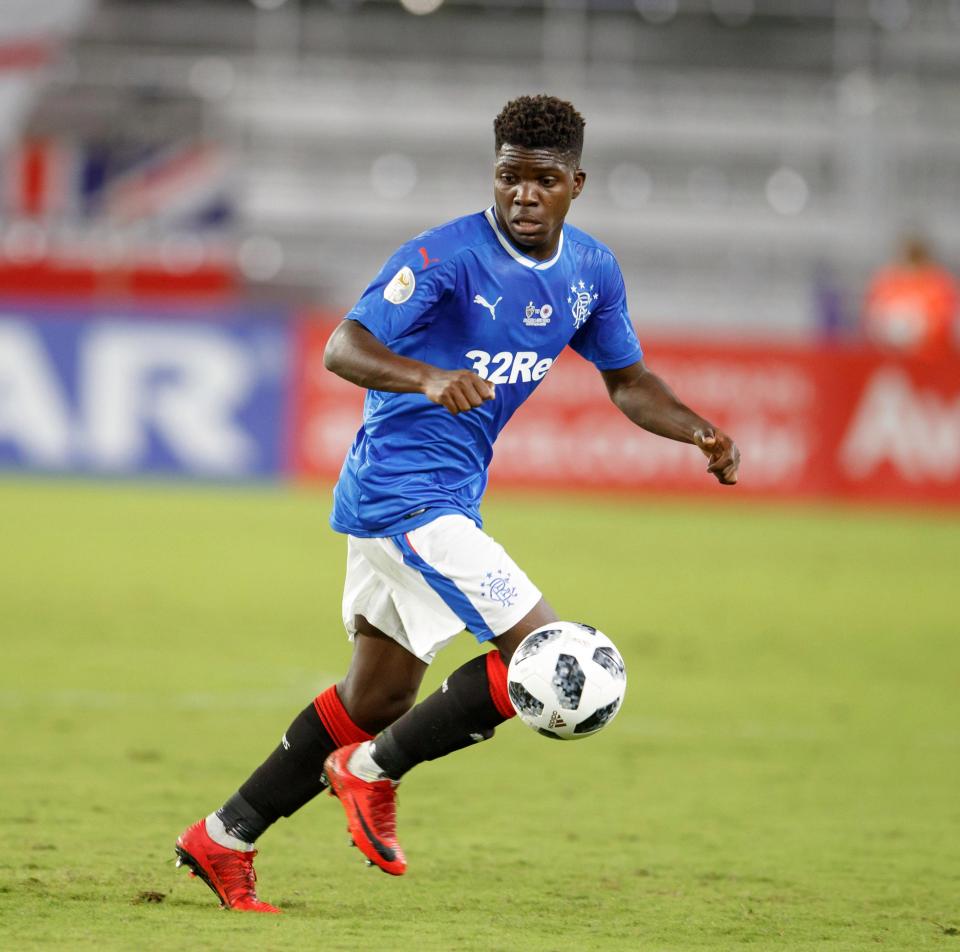 Rangers manager Steven Gerrard may have dropped a bit of a hint this pre-season with his both taking to Malaga and prominent use of youth winger Serge Atakayi. The Congo-born but Finnish national attacker has been impressive in the development squad, while also amassing a number of caps for his country’s U19 side.

Given his emergence in pre-season training this season with the seniors, it is not a leap to suggest the manager is impressed with him enough to consider him first team squad material.

The 19-year old winger/attacking midfielder arrived at Ibrox almost two years ago, and in that time has been a prominent member of the development squad, with a number of appearances on the senior bench, and his inclusion to Spain has not gone unnoticed, albeit defender Nikola Katic might not have been able to see him from up there…

Manager Steven Gerrard clearly rates the lad enough to want to give him more experience with the senior players, and he is not the only development squad or youth player to feature in Andalusia – but he has been simmering around the first team for quite a while and the significance of his involvement right now in Spain cannot be overlooked.