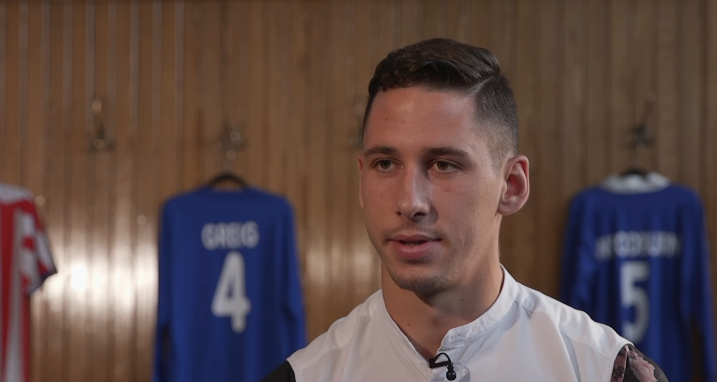 New Rangers signing Nikola Katic has confirmed Rangers are ‘one of the biggest clubs in Europe’ after the colossal Croatian signed a deal to join Ibrox under the legend that is Steven Gerrard.

The 21-year old Croatian international was expected to be unveiled within the next 48 hours, but the deal went through even quicker than anticipated and the ex-Balupo man admitted the box-office draw of Gerrard and Rangers was enough to make him run to Scotland.

It confirms the first formal outfield defensive signing for Rangers under Stevie Ger, and we can pretty much say with certainty Katic, and imminent capture Connor Goldson will be the new first-choice duo for the back.

“This is one big club, one of the biggest in Europe and in the world.”

Playing to the galleries a little perhaps, but there is no denying Rangers remain a global brand and with Gerrard at the helm there is a lure for players that just didn’t exist until very recently.

We wish Katic the best in Govan!