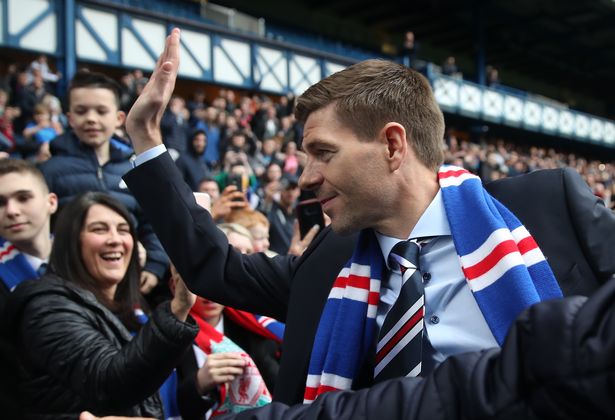 Out go Russell Martin back to Norwich (despite Allen’s claims otherwise) and David Bates off to Hamburg, while new signing Scott Arfield has put pen to paper on a four year deal at Ibrox,  announced earlier today.

With the disastrous Martin now gone and Bates following him, it leaves Rangers with formally two senior defenders in Bruno Alves and Fabio Cardoso.

Whether Gerrard would see either Alves or Cardoso as part of his plans is unclear, but talk is that Alves, contracted till summer 2019, may actually get something of a reprieve under the Liverpool legend given his excellent display at Easter Road yesterday.

Without any question he’s the best defender in the SPL, but just hasn’t shown it enough – equally Rangers were unable to find the right partner for him with none of the pairings at the back working especially well this season.

As for Cardoso, well, it’s astonishing what different managers can get from different players so maybe Gerrard can eke a half decent stopper from the ex Setubal man.

Either way, there is no doubt Rangers will have to make serious inroads to the transfer market to bring in two or three very decent defenders.

Mark Allen confirmed this signature was given Steven Gerrard’s green light, and hopefully the attacking midfielder is the step up in quality Rangers desperately need.