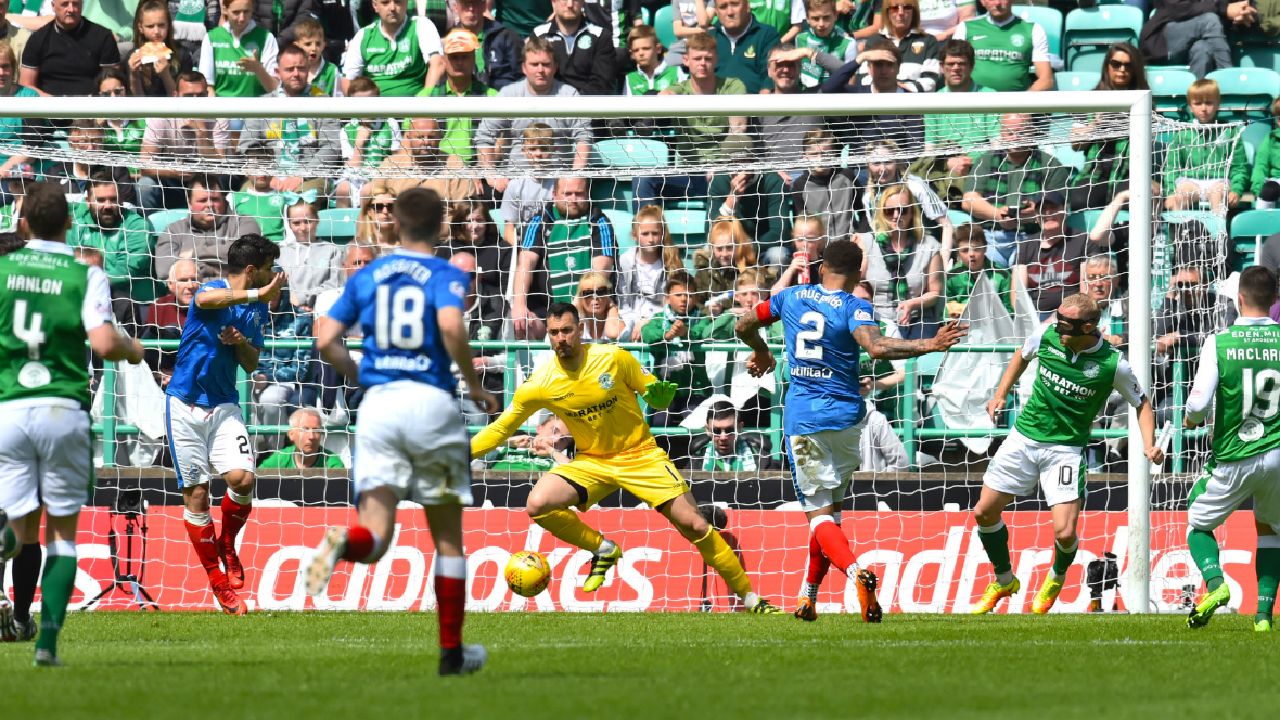 After quite possibly the greatest SPL match ever seen, there are no shortage of talking points. Ibrox Noise takes you through eight key things we think we noted after the 10 goal epic in Edinburgh.

1: Rangers players do have character. It’s a disgrace that it took us going 0-3 down to show it, but if there’s been a ballsier display by a Rangers team in recent memory, you’ll need to remind us of it. Hibs tore the side a new one for 21 minutes, then the sleeves rolled up and the chronically missing character we’ve lacked for years finally appeared and (most of) the team fought the way we expect our Rangers teams to fight.

2: Russell Martin is probably the worst defender to ever ply his trade in Govan, and we’ve suffered the likes of Emilson Cribari and Ross Perry in the lower divisions. This guy is disgracefully bad, and it’s even worse that he’s been a first-pick since he signed. How he’s managed to keep getting selected despite repeated mistakes, calamities and evident incompetence is as big a mystery as the absence of Greg Docherty.

3: David Bates won’t be missed. This match exposed his true uselessness – from bombscare penalties to being lost time and time again, he’s a rubbish defender who flirts with mediocrity. Rangers deserve much better than this.

4: Sean Goss lacks bottle. We loved this guy earlier in the season, and while he can spray a pass and has good composure, he is wildly missing when it comes to the midfield needing to get a grip of games. That said, he’s been in and out of the side since the Old Firm at Ibrox so that probably doesn’t help.

5: The decision to ditch Bruno Alves has probably cost us way more than it gained. He’s not the messiah we hoped he was, but he’s the best defender at the club and has been criminally underused while bombscares like Bates and Martin started instead.

6: We have to admire Jason Holt’s contribution today – he’s not good enough for Rangers, but he has always worked hard and always given his all – his goal helped the fightback and while his red card was absolutely idiotic, nevertheless he was a major reason we came out this tussle with a point.

7: Scott Allan has truly burned his Rangers bridges. If he was ever a ‘boyhood Rangers fan’ then he isn’t now – his attack on Jordan Rossiter would be jail time on the street, and he celebrated goals with the gusto of someone who clearly hates us as much as we now hate him. We admire his ability, true, but his character leaves us cold.

8: Jak Alnwick has done more in the past three or four games to convince than Wes has his entire time at Ibrox. The fact that so few fans have a bad word to say about the ex-Port Vale stopper compared with the division over Wes says it all. Alnwick probably isn’t good enough for Rangers, but he’s a tonne better than the number one.

We probably missed a bunch. What ones you guys and gals got?