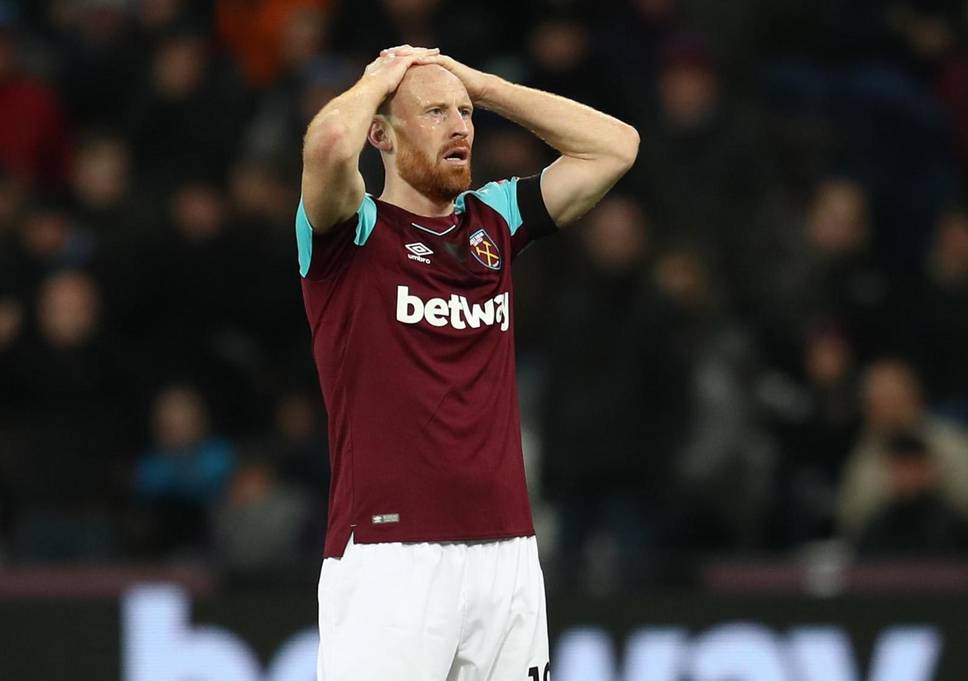 After the major disappointment of failing to sign veteran Slovakian international centre half Martin Skrtel, due to transfer and wage differences, Steven Gerrard immediately had to look elsewhere for an experienced no-nonsense defensive recruitment.

The “Gers are reportedly looking to bring 34-year-old veteran James Collins, the Welsh internationalist defender to the Govan club. He has surprisingly become a free transfer target from West Ham and is their second longest-serving first-team player behind captain Mark Noble.

James is truly a fans’ favourite known lovingly as either The Ginge or The Ginger Pele by the Claret and Blue Army and perhaps he will be joining our Blue and White Army at Ibrox.

Newport-born Collins represented his native Wales at every level, helping his country to reach the semi-finals of UEFA Euro 2016, before retiring after winning 51 caps from international football in November 2017.

By attempting to bring in Collins, does this suggest that Stevie is not convinced he should keep Bruno Alves at the light blues, with a year of his contract still to run?

I have read that some of the ‘Gers support do not fancy the idea of wasting money on Collins’s wages, but with no transfer fee involved and 13 years of EPL experience under his belt, he could be a better signing than some folk are giving him credit for.

Collins is a no-nonsense leader at the back and is a hard tackling defender that plays the game in an old fashioned safety first way. He does dominate in the air, and wins more than his fair share of his aerial battles at both ends of the pitch.

The Welshman has a decent goal-scoring record for a defensive player and Gerrard is looking for more voices of authority in his side and Collins does fit that mould.

Collins was loved by the West Ham faithful and he was informed via email earlier this month that his contract would not be renewed. Many of them are really angry at his sudden release, especially with the poor way the London club handled the whole situation.

Hammers captain Mark Noble went a step further stating that the club should have offered Collins the loyal, brave, honest and one of the hardest working people you will ever meet, a new deal.

The captain and fans have tweeted that West Ham United have truly been lucky to have had him at the club for so long. That shows you the standing the big centre-half had earned himself with his former club’s players and fans.

James Collins has endured some problems with hamstring injuries during his career and he does turn 35 in August. It would be a similar signing to Clint Hill a few seasons back and the veteran became one of the top performers of 2016-17.

It would also be important for Gerrard to bring in a younger long-term quality defender to add competition at the back. One with height, pace and who can tackle, as that would complement Collins’ or Alves’ style of play.

When determining James Collins and his suitability in playing for Steven Gerrard at Ibrox, for me it also comes down to the future of Bruno Alves.

I think they’re too similar and of the same age group to play together at the back and if Bruno leaves in the summer, then it is highly probable that Collins could do a job for the SPL side.