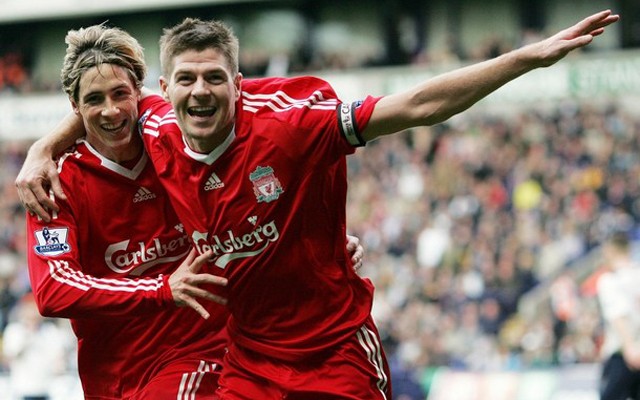 It’s been a heck of a few days down Rangers way, with many changes afoot, and to call Steven Gerrard a box office name is probably understating the gravitas a tad.

However, box office names know other box office names, and while it would be a heck of a stretch to suggest Fernando Torres is joining the Gerrard Revolution, the former Liverpool, Milan, Chelsea and soon-to-be ex-Atletico Madrid striker has issued very kind words to his old stomping partner and certainly didn’t seem utterly against the idea of switching Madrid for Glasgow himself.

And before folk immediately jump down our throat like they did when we mentioned Benjamin Mendy, like the grumpy cynical bunch you are, just remember we’ve signed Steven Gerrard then let it sink in.

Now, does Fernando Torres still sound as absolutely far fetched as he did?

The Spanish star wished Gerrard the best in his new adventure as he himself looks for a new club.

I wish you all the best in your new adventure. You are much more than qualified for continuing succeeding in football, now as a coach. Good luck in Glasgow Rangers Stevie #WelcomeGerrard #RangersFC pic.twitter.com/FMi9dxPt5o

Let’s not underestimate Gerrard’s pulling power – we’re talking about a global superstar here, and players will want to play for him. Naturally Rangers need the funds to support that, and we are not being silly and asking for Ronaldo. But there may just be a few sensational cases where Gerrard’s career and links give the club a pathway to certain players we’d never dreamed of before.