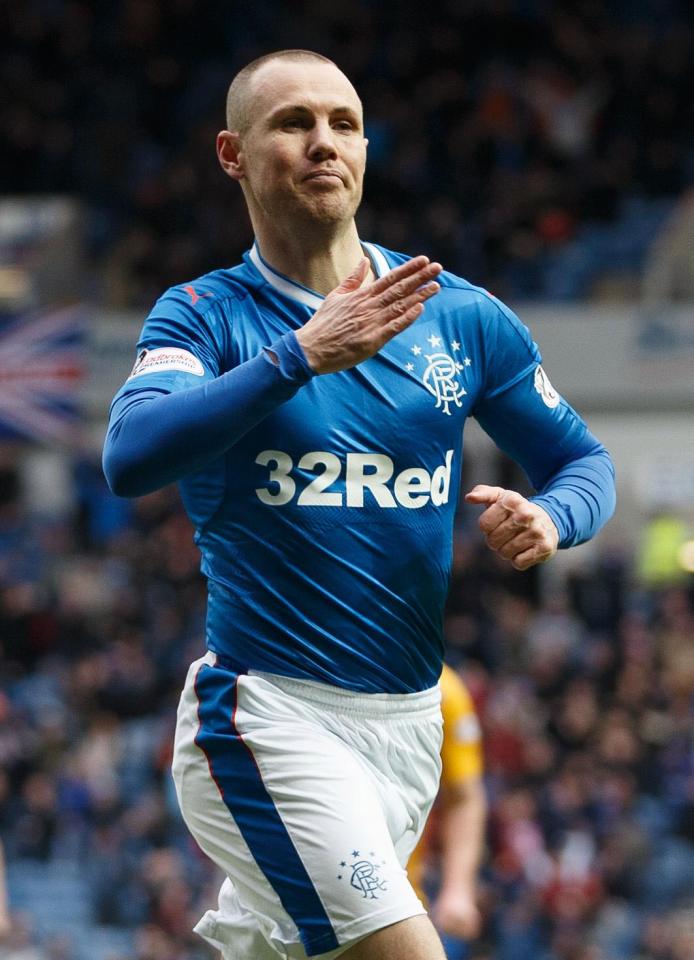 The last time Kenny Miller was coming towards the expiry of his contract, almost universally fans were bewildered as to why moves hadn’t been made to secure him on a longer deal.

The-then in form striker, 37 back then, was told then-boss Pedro Caixinha would make a decision in good time, which infuriated fans as Miller had been Rangers’ best player that season.

The deal was finally confirmed in April of 2017 and fans by and large were relieved.

Fast-forward to the present day – Miller has lost pretty much all favour with supporters, including here at Ibrox Noise, in terms of playing capacity, and there were nothing but groans and disbelief when his name was included in the starting XI on Saturday.

It is safe to say the former Scotland striker has run his race now, and his comments today smack of slight desperation and a strange change of heart.

If we think about Andy Halliday, he admitted, even when out of favour, that the only direction after leaving Rangers was down, even when he was on the cusp of the switch to Azerbaijan. He’s one of us for sure.

Miller is supposed to be, but his comments don’t seem to have the same gravity:

“Nothing has been discussed regarding my future. Who knows what will happen at the club in the summer, so I’ll look after myself because I want to continue playing. I’ll stay focused on that.”

A strange lack of conviction about playing at Ibrox, just self-focused on playing, period.

We are a little surprised that an apparent boyhood Rangers fan is more interested in extending his career and doesn’t appear that concerned which club it’s done at, but nevertheless at 38, one wonders exactly what kind of move he’d get.

We assume Rangers are his first choice, but his lack of actually saying that is more than a touch strange for a supposed bluenose.

If we look at Jamie Murphy, Greg Docherty, and Andy Halliday – all Rangers fans saying this is where they want to be for the rest of their days, but now Miller has reached the end of his days, he seems to reversing his claims of 2014 where he said he wanted to retire at Ibrox.

Miller has little favour left among supporters – we have better options now and we don’t rely on him like we used to. And his frustration at that has clearly clouded his thinking and we can’t help feeling a little let down by these comments.

NB: Some replies accusing us of twisting his words and that this piece is unfair might want to look at how Atletico Madrid’s Fernando Torres today said the same thing:

“I felt obliged to inform the supporters. It’s not been an easy decision. This is not a day for reproaches. It’s
very difficult to say goodbye for the second time. My aim was to hang
up my boots here. I want to keep playing for two, three or five years.”

If Miller had said something like this, we wouldn’t have had anything to complain about.