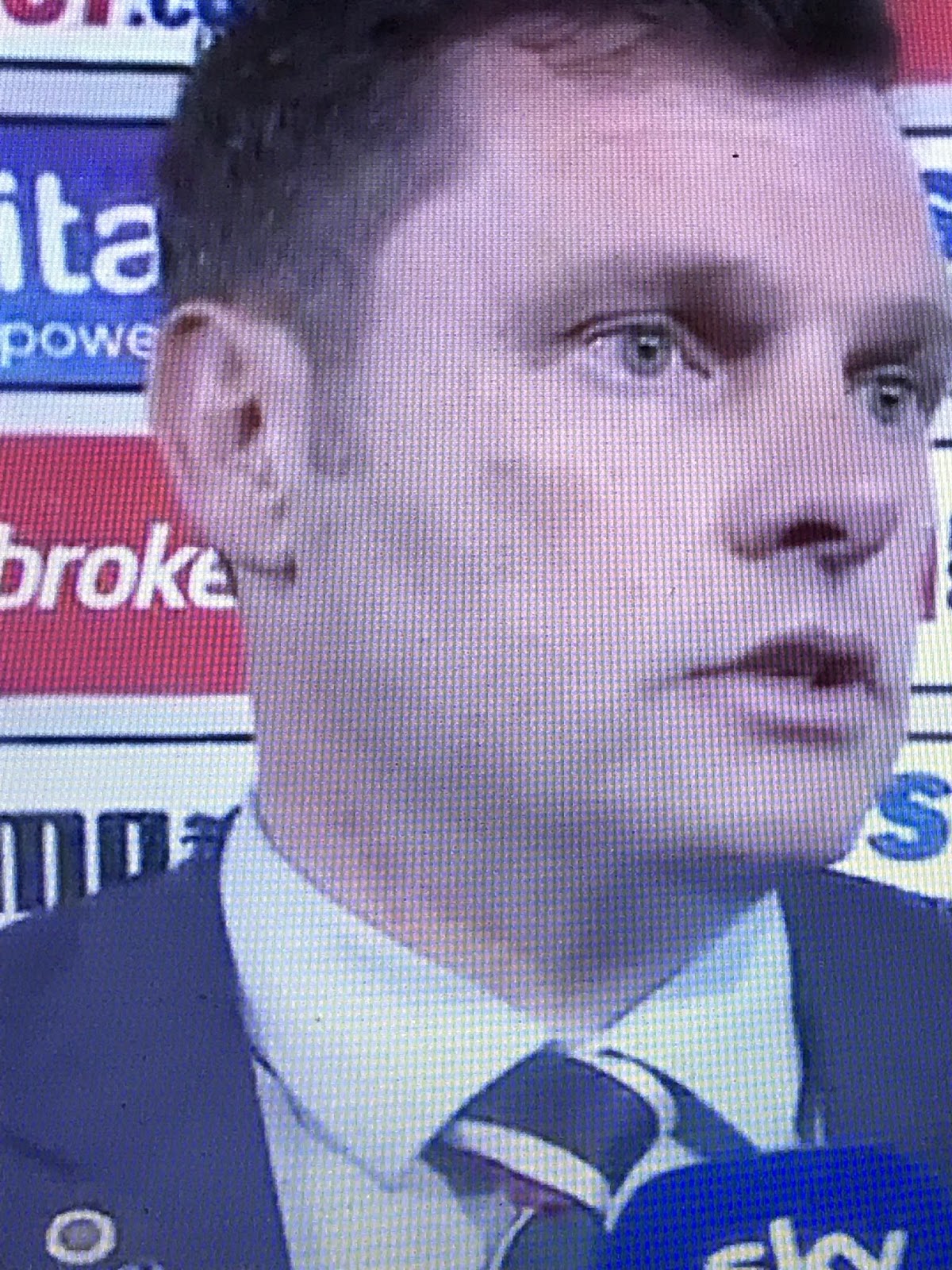 Graeme Murty was on media duties pre and post-match as always today, but eagle-eyed viewers will have noticed the marks on his right cheek, which strongly suggest he may have been hit by someone.

There have been tonnes of accusations flying about in the press and on social media about what really happened last weekend, but if Murty’s own appearance is anything  to go by, someone does indeed appear to have taken a swing at him, and we daren’t suggest who.

It does lend support to the notion of a bust up in the dressing room though, as clear visual evidence that someone may have gone for the Rangers manager.

Of course, it could be a completely innocent mark on the man’s cheek, and utterly unrelated to anything caused by anything Rangers. Or anyone.

But after the week Murty had, anything is possible and it could be visual proof of certain claims.