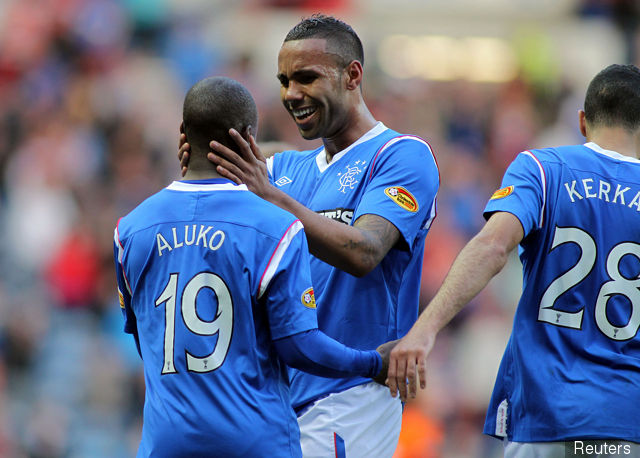 Following hot on the heels of the advanced negotiations with Allan McGregor, fellow ex-Ranger Kyle Bartley has popped up from nowhere as someone Rangers are said to be monitoring.

The colossal 26-year old stopper left Rangers in 2012, his spell in Govan having been a loan from Arsenal, before the former England youth international moved on to his current gig Swansea city, for whom he has over 20 English Premier League appearances.

Far more experienced in the Championship, Rangers fans will remember Bartley for that crunching tackle on Celtic’s Scott Brown, and while he was hardly Paolo Maldini otherwise, many would argue a solid EPL/EC experienced defender who knows exactly what it’s like at Ibrox would be a decent addition to the squad.

That all said, the Englishman has a deal tying him to the Swans until 2021 so unless Carlos Carvalhal is happy to let him go on a low price deal, negotiations could be tricky if Rangers’ interest is serious about taking him from the Liberty Stadium.

Another issue exists too – Bartley spent a lot of this season AWOL from Swansea’s match day squad with a dreadful knee ligament rupture – his fitness could well be in question.

But if Rangers’ interest is followed up, it all depends on Carvalhal’s desire to keep him at the Liberty stadium, or if the Swans wish to cut their losses and let him move back north.