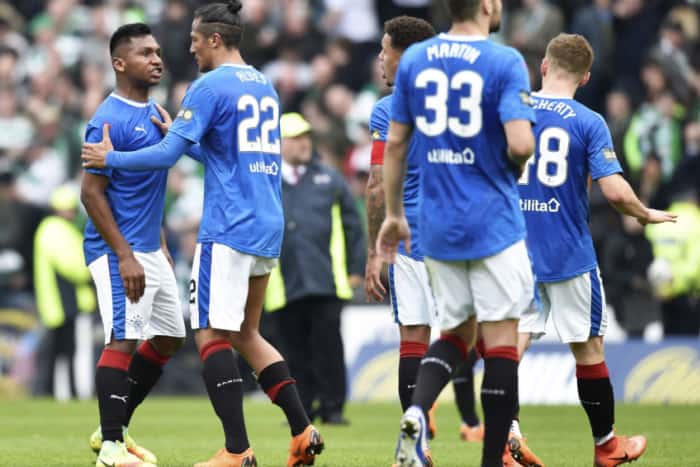 As we know, the fallout from Sunday’s Old Firm continues to rumble on, with reverberations being felt starkly among all of those of a Bluenose variety, but one of the biggest talking points was an alleged bust-up between Alfredo Morelos and Greg Docherty.

This set-to was the talk of the tabloids yesterday morning, with a red top claiming the altercation had spilled into the tunnel and Bruno Alves had to play peacemaker.

What we do know is this:

Docherty and Morelos had to be separated in the centre circle by Bruno Alves after clearly having a vocal disagreement on the pitch.

However, Rangers have denied formally that there was any further brawl in the tunnel in contradiction to both the early morning rags, and more interestingly, Sky Sources, who claimed a very interesting piece yesterday afternoon:

“Sky Sources: Rangers to take no further action against Alfredo Morelos and Greg Docherty after bust up in tunnel.”

Later on that day, Sky changed their story to claim that their sources now assert there was no bust up at all.

Whether or not a true fight in the tunnel did happen, at least four Rangers players were clearly involved in aggressive behaviour against either each other or Graeme Murty, and the whole experience was one of the most sour in many years.

Halliday’s tantrum in the dugout at Murty to Candeias’ angry vocals at the same man and electing to go straight up the tunnel, while Morelos and Docherty are at war with each other.

It isn’t good. It isn’t right.

And it isn’t the dignity Rangers should have.

It was an afternoon which sullied the Rangers name, and we sincerely hope it was a turning point.