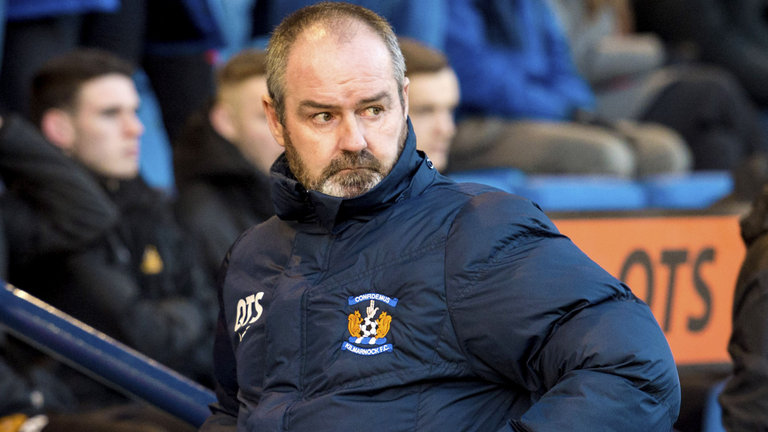 While few of us expected much else, Celtic’s loss at Easter Road propelled Neil Lennon’s lot to joint third, and while Aberdeen managed a similar surprise win at Rugby Park, something undeniably stands out about Kille and Hibs.

These are small time teams who have been propelled to among the best in the country purely by one man – the manager.

The right manager can make a difference, and there is little question Killie’s Steve Clarke and Hibs’ Lennon are among the very best this country has to offer, and they show that even modest resources and players can be turned from also-rans into outstanding.

Lennon got his Hibs team promoted as champions at the first time of asking, with only a few privileged loans from Celtic Park such as Ambrose and Commons – the rest was all that team and manager’s own work and now they sit joint third in the SPL with Rangers, having played a game more.

Meanwhile, despite their blip at Rugby Park today, Clarke’s Killie have, on form, been Scotland’s best team this calendar year – remarkable results and a remarkable turnaround.

It only highlights Rangers’ board’s dreadfully poor decision-making to bring in Warburton, Caixinha then promote Murty – none of whom have deployed their far superior resources in a manner which justifies the outlay.

It also brings an absolute nonsense to the notion of ‘giving them time’ or other vague concessions to justify average performance – if Clarke and Lennon can get their lot playing this well with these results, why can’t Rangers managers?

We all know the impact Walter had in 2007. He was a special man. But there are more managers out there who can single handedly turn a team around. While Robbie Neilson didn’t hit it off in England, he was brilliant for Hearts and had as successful a time at Tynecastle as Clarke and Lennon are having at Killie and Edinburgh respectively.

Rangers, without any doubt, have a better squad, defence aside, than either Killie or Hibs, yet no manager has been able to get anything like the best out of them

We read an interesting comment by a fan today with regards a case for defence of the manager; ‘blame the players’.

The thing is, they probably said the same thing under Pedro and Warburton, despite each of these managers having their own players. Warburton brought in yer Bartons and Kranjcars, and these guys failed. Pedro brought in half of Mexico and Portugual, and most of them failed too. Murty has signed up a better crop of players, Martin aside, yet fans still say ‘blame the players’.

Only so long we can keep blaming different guys in the shirts until the bucks stops with the guy who sent them out.

The right manager, or ‘a’ right manager is out there. There are plenty coaches who could make a team of this Rangers squad.

Clarke and Lennon show just what can be done with paltry resources. Imagine what a good manager could do with Rangers’.