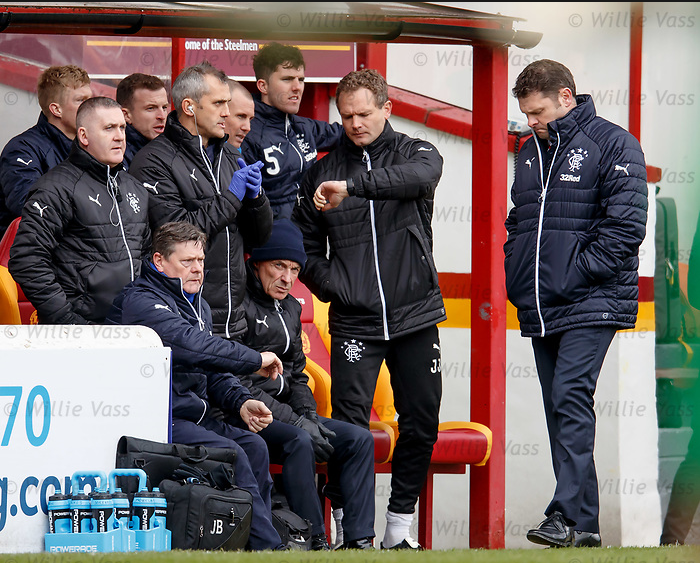 As we alluded to earlier, something quite noticeable happened at Motherwell last weekend. Well, other than the poor performance and result, that is.

Eagle-eyed punters will have spotted the dramatically-changed bench; sure, a few pointed out there was no Jordan Rossiter, as we discussed earlier, but equally and more intriguing was the seven who were selected, and a glut of others conspicuous by their absence.

Up till now, Rangers’ bench has been increasingly dire. That Murty has only been able to really call upon Jason Cummings, Eduardo Herrera or Kenny Miller from the reserves gives some idea of how utterly awful his options in the dugout were.

Normally it would be Alnwick, Hodson, sometimes Halliday, Holt, occasionally Kranjcar, and always Herrera, Cummings and Miller, with a touch of Cardoso on top.

With the Croat off to pastures new, that was certainly one name off the list. And notable for their similar absences were Herrera, Cardoso and Holt.

Instead Murty had the depth of Hodson, McCrorie, Goss, Halliday, Cummings, and Miller to call upon – sure, not the best bench of all time, but fairly intelligently selected we must say.

We had two spare full backs in Hodson and Halliday.
One spare centre back in McCrorie.
Three spare defensive midfielders in McCrorie, Halliday and Goss.
One spare central midfielder in Goss (albeit we don’t really use these).
And two attacking players in the shape of Cummings and Miller.

Other than one creative player (a winger or AM) this was a fairly well-rounded bench, and one of the better reserves we have had to call upon.

Sure, that Murty only saw fit to actually resort to them sparingly and make one change is a different matter entirely, but the options were definitely on hand to make more.

It’s probably the best bench in a long time, and certainly benefited from the return to fitness of Dorrans and McCrorie, with Rossiter up there too.

It does baffle us why Michael O’Halloran has been completely binned – never been benched once under Murty as permanent manager, never mind starting XI – he would have been a half decent creative option, perhaps in Miller’s place.

And it also begs a prudent question; with weaker benches, Murty has made more changes with less riding on them – in the past he’s brought on dross like Herrera and a past it Miller seemingly unnecessarily, yet when Rangers actually had a strong bench and better options in Motherwell, he only made one change when a goal was essential?

Still, at least the options are now there. Whether the manager uses them well is another matter!