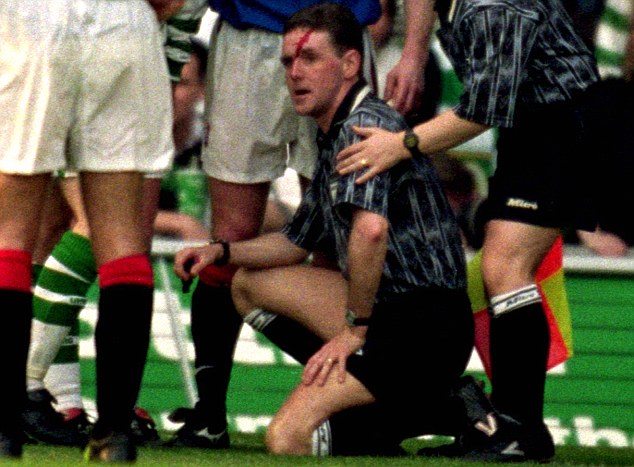 There is no match in the world that brings out so much bitterness, hostility and bile within the ranks of the Rangers and Celtic supporters towards each other, and this Sunday’s potential title winning match at Celtic Park will be extremely difficult for our fans to swallow.

It could so easily have been avoided, if the SPFL hadn’t been so clueless!

Due to the Hibernian 2-1 win at Easter Road against the average east enders, Celtic now have the opportunity to celebrate winning another league title in front of the Rangers away fans at Celtic Park, much to the distain of the greatest supporters in the world.

It is the last scenario the light blue legions wanted to witness! What were the SPFL thinking about? Were any of the committee thinking about all the different consequences leading up to this match? Obviously not! They are not fit for purpose.

There was always the chance Hibs went into the home game against Celtic on the back of a nine game unbeaten run since their last defeat that has catapulted them into one of the favourites to gain the second or third place ahead of Rangers and Aberdeen.

Normally we would be delighted with Hibs beating the other Glasgow team, but when they are chasing for 2nd or 3rd place, personally I was disappointed with the result. For the first time in my life – I wanted Celtic to do enough in Edinburgh to win the inevitable league title and take Hibs out of beating Rangers to a European place finish.

Scheduling Celtic to go to Easter Road first in a bid to avoid the potential of an explosive Old Firm Derby as a title clincher summarises the lack of thought by the administrators of the Scottish league in the first place.  It is further proof that they must all be replaced by people who have more understanding of the league and much more common sense.

If the SPFL were so incompetent and desperate for Celtic to win the League in opposition to any other side other than Rangers, there were much better alternatives than to send them to face Hibs at Easter Road under ex-Celtic manager Neil Lennon, against the hardest side they have faced all season.

Two hard fought 2-2 draws that almost saw a very lucky Celtic team lose either fixture followed by a narrow 1-0 win at Celtic Park in January was evidence that Hibs were more than capable of ensuring Celtic’s title party didn’t happen in their ground last Saturday.

When you add our historical contempt for our Celtic opponents, and if we lose this week’s game, out will come all the vitriolic songs and the often shown downright hatred towards each other.