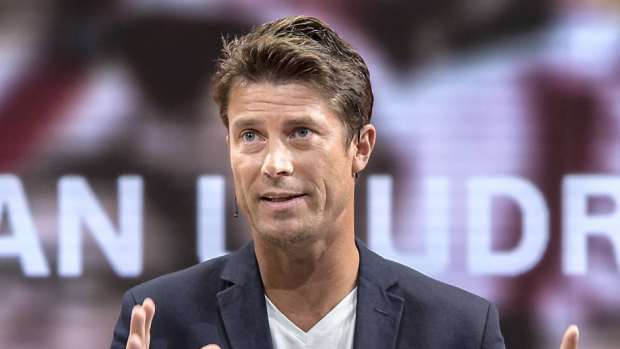 “Celtic will win the title. But not here, not today.”

Those were Brian Laudrup’s prophetic words in 2012 when Celtic had a chance to win the league in Govan. Rangers were falling into collapse, and we didn’t know what the future held.

That Rangers team strode out on the Ibrox turf and put in a true Rangers shift, winning out 3-2. Nothing was going to stop Rangers from preventing the worst-case scenario, and the players showed up, rolled their sleeves up, and prevented the inevitable.

Rangers need to call on that spirit again after Celtic’s loss at Easter Road today. Depending on results, Celtic could well clinch it next weekend at Parkhead against us, and there is simply no way we can allow that to happen.

Of course, should Rangers (and Aberdeen) fail to win this weekend, unless our maths are way off, that effectively gifts Celtic the title anyway despite their loss to Hibs, given their head to head against all three is superior, their goal difference way better and they’ll be 12 points ahead of all with 12 points left to play for. They can lose every remaining match and Rangers and Aberdeen have to win the lot and they’d still win the title.

Feel free to correct us if we’re off base there.

Nevertheless, no matter what, this Rangers team cannot allow Celtic to win the league next weekend against us.

It is heresy, it is unacceptable, and it cannot happen.

We accept they’ve as good as won it already, but it cannot be confirmed against Rangers, and we will find out tomorrow whether Graeme Murty’s week from hell is a thing of the past and the man is ready to make the right changes and the players ready to finally play and at least keep the champagne on ice.

We don’t know what Rangers have got left in the tank. We don’t know if this group of players will put a shift in for their manager but the fans deserve better, and we do not need to gift Celtic the title on their patch.

Rangers haven’t won against Celtic in 90 minutes since that fateful day six years ago – it is the worst run between the Old Firm in history. Rangers’ squad may need to defy every sinew telling us they won’t win in order to pull off a monumental upset.

Frankly, we expect no less.