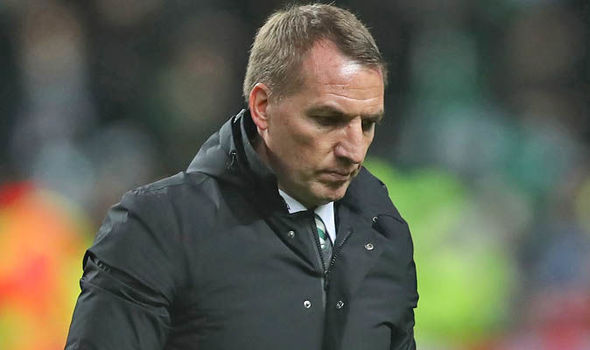 You know, we actually used to have genuine respect for Brendan Rodgers. Close to winning the EPL, it was a major coup for Celtic to get a half decent manager, and we did wonder how it would turn out.

And until this season, quite honestly we’d had barely a bad word to say about him, and it’s not often you say that about a Celtic manager.

But in one month Rodgers has smeared Rangers, directly or indirectly, on no less than three occasions, and the club has just taken it by bending over and directing him.

It’s extremely poor and as much as we are disappointed with his change in character, we are more disappointed our club has not defended itself against his ‘garbage’.

First he advocated the title winning match should be played at Parkhead, purely as a vindictive and petty pointscoring exercise, not caring what happened in 1999.

Then he essentially said Steven Gerrard was in the wrong to want to manage Rangers.

And now he’s smearing the club genuinely by saying “he’s (Murty) just been thrown to the garbage really and I think it’s very, very discourteous”.

We know Rodgers talks about Rangers more than Celtic these days, so we’d remind him Graeme Murty’s deal was till June.

A further assessment would be made of his performance, and sorry mate, it ain’t been good enough.

Frankly we find Rodgers’ obsession with us ‘discourteous’ and if the powers that be had any cajones, they would make a statement defending the club.

We’re absolutely tired of rival managers taking pops at this club. There is absolutely no dignity in Scotland – the only time a Rangers manager has ever engaged in this nonsense was Pedro, and he was a disgrace of a manager and shamed the club.

But Walter, Ally, McCall, Warburton and Murty have never insulted other clubs like the way we get aimed at us, and it’s high time we defended ourselves.