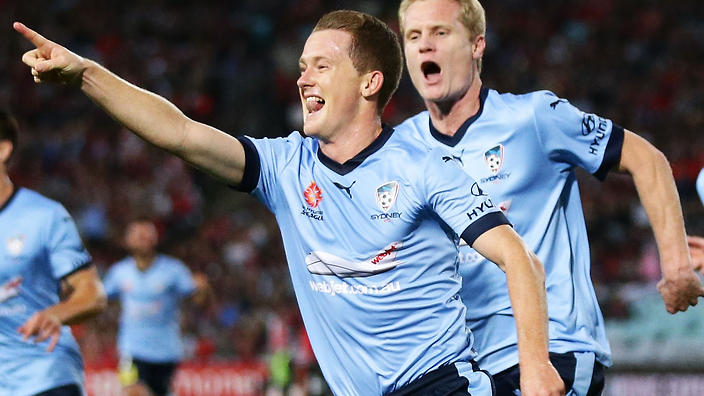 Over the past few days, murmurs have surfaced regarding two potential new recruits Rangers are monitoring for the summer.

Sydney FC’s Brandon O’Neill and Stoke City’s Charlie Adam are both said to be on Rangers’ radar, in light of the number of midfield injuries blighting the club.

O’Neill, 23, is knocking on the door of the Socceroos but as yet has no caps for his country, and to date has only plied his trade on his home soil, provoking some fans to make comparisons with the ill-fated signature of countryman Matt McKay who, other than a brief stint in China, had similarly never left his own shores.

However, with Ryan Jack’s injury ruling him out for the foreseeable future, concerns over just what the prognosis for Ross McCrorie is and an as-yet unknown return date for Graham Dorrans, not to mention Jordan Rossiter’s perennial injury hell, Rangers’ chiefs are looking to try and bolster the squad’s depth in that department.

At present, only Jason Holt is really sufficient as a bench option alternative to Sean Goss and Greg Docherty.

Meanwhile ex-Ranger Charlie Adam has admitted he is open to a move back to Ibrox having found himself frozen out at the Bet365, failing to rule it out when asked about the future.

The 32-year old central midfielder has over 20 caps for Scotland, but is very much out the national picture these days and while we know exactly what he can do, are unsure he is the right kind of player for this new Rangers. He also surely would not be interested in leaving the bench of Stoke to be greeted by the bench of Ibrox.

Nevertheless, we shall monitor these stories over the coming months.