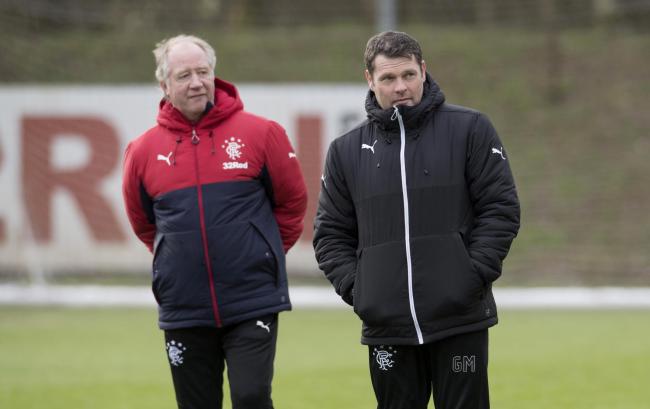 While Graeme Murty and the squad have rightly been receiving all manner of plaudits from the fans and even some reluctant portions of Scottish football, there is one man whose contribution has been almost entirely overlooked, and whose arrival in Govan signalled the start of the current run of impeccable form.

Since bringing Jimmy Nicholl officially in on the fourth of January, Rangers have been almost completely unstoppable, winning every single fixture we have played bar one, including two friendlies in the Florida Cup, and dispatching a dogged Hearts and dismantling Aberdeen while we were at it.

The only blot on Rangers’ copybook since Nicholl’s arrival was that disappointing loss to Hibs, but to win 10 of 11 fixtures in this calendar year really is a stark improvement.

Nicholl’s influence cannot be underestimated. This is a wily old fox who has been there, done that, and the blend of his wisdom and experience in concert with the younger coaches’ enterprising ideas is a combination which is working sumptuously.

Indeed, Nicholl is the wise old owl who is keeping the likes of Graeme Murty and Jonatan Johansson right, and his counsel is helping steer the club in the proper direction.

There is no coincidence that Rangers have felt a lot more like Rangers the past two months since Nicholl took his place as Murty’s number two – a steely winning mentality has taken over and while no one would pretend we are the finished article quite yet, we are far closer to being it than any previous regime since 2012.

In the past four matches we have scored 17 goals while shipping just four – these were numbers we used to hype up in the Championship under Mark Warburton after beating Airdrie and Dumbarton – now we are doing it against St Johnstone, Hearts and Hamilton.

And Nicholl has had a major influence in how this has played out.

Above all, Nicholl himself is a Ranger, a true blue bear who played with distinction for the club in the 80s at the rear, so the guy knows exactly what the pressure at Ibrox is, and what the Famous are all about.

JJ does too, in fairness, but perhaps lacks the managerial experience at club level to fully cope with being Rangers’ only assistant, and Graeme Murty himself only arrived in Scotland 18 months ago as development coach so he is certainly learning on the job. Ergo Nicholl’s experience as player for this fine club and generally extensive work in football management north of the border is paying dividends as a rudder for the youthful management.

The results speak for themselves.

Rangers appear to be in safe hands these days.