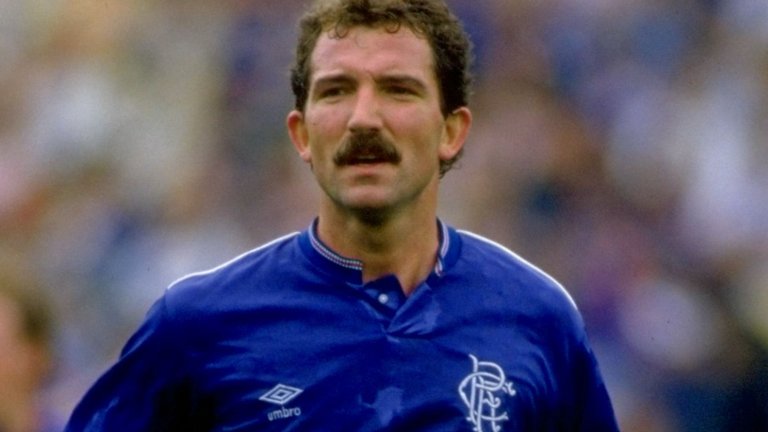 In 1986 Rangers took a huge gamble with Graeme Souness, an international player earning his wages with Italian giants Sampdoria to become our shock untried player-manager.

Then as now, we were playing second fiddle to Celtic. And for those who say history repeats itself, here could be another example with Graeme Murty.

Souness was given a healthy transfer budget and that his role was to bring the ‘Gers back to where they belong – No 1 in Scotland – and boy did he deliver!

He bought sensibly and brought talented players to augment the squad.

Souness also critically acquired an excellent assistant manager, in Walter Smith from Dundee United, creating animosity from the Tannadice club which persists to this day.

Move on to 2017. Our board took another huge gamble by promoting Graeme Murty, the under 20’s coach, to interim manager then made it permanent following the firing of Pedro Caixinha and the Derek McInnes saga.

Murty knew that there was no healthy transfer budget this time, with Celtic still out in front of us, and Aberdeen in 2nd place. The immensity of the opportunity could not be overemphasised. A lesser man would have had nightmares taking on such a major task.

The only thing in Murty’s favour – he couldn’t do any worse than his predecessor.

Slowly but surely, he made changes to the team. But he, too, like Souness, was on a learning curve about who he could rely on to make a real effort. Such experimentation produced inconsistencies in the team’s performances. Hero to zero then back to hero, in every match – for Bears of a certain vintage, they’ll remember Souness’ debut at Easter Road. Chaos! And a loss!

But look what Murty did with Windass who the fans wanted out of the team. When Murty took over as caretaker manager that all changed with playing him in his favoured No. 10 role. He is now a prized asset for all to see and the fickle fans’ first pick.

With Murty’s ability to transform and coach struggling players into being top players for the club, it clearly proves that he is the man who can lead Rangers to being league and cup contenders every season.

Similar to what Souness did with aforementioned Smith, Murty also brought in an excellent assistant manager in Jimmy Nicholl from Falkirk, an astute experienced manager. The ex-Ranger is a wily trusted character, plus a safe ally to Graeme. Exactly what he needed.

The new players brought into the club during the January transfer window have made a huge difference to his new young Rangers side. It was done by recruiting sensibly without wasting massive sums of money like we did last summer and signing really good players – just like Souness.

Graeme times two, and perhaps history truly will repeat itself. Although the better things go, we sure hope he doesn’t run off to Liverpool!