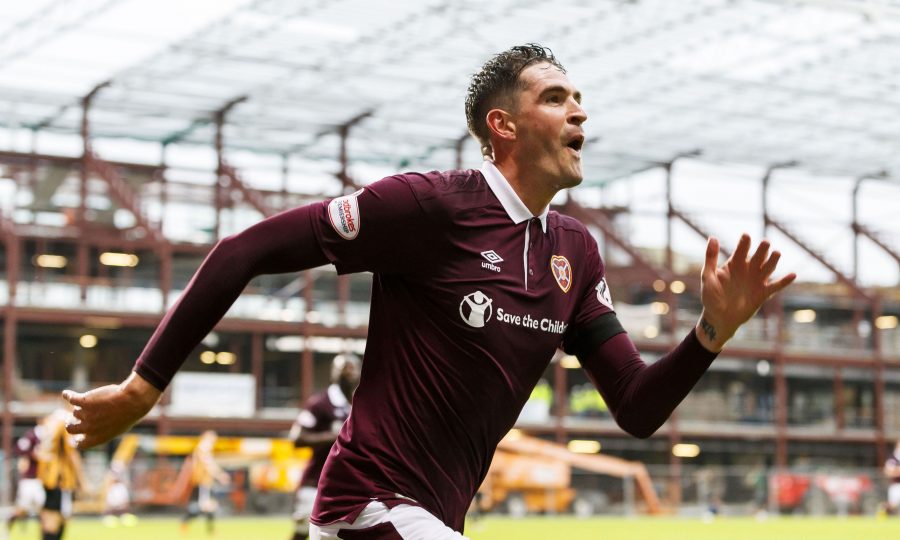 This Saturday’s game at Ibrox against Hearts may not be as easy as some of our supporters are hoping it will be.

Kyle Lafferty is a consistent scorer for them this season, so our defence will have to be much sharper than they were against lowly Hamilton last Sunday.

Does Murty persist with young David Bates at centre back ahead of experienced internationalist Bruno Alves, especially now that he is holding out for a new and better contract deal?

Hopefully ex-Scotland centre half Martin will perform much better than he did last week in his worst game in a Rangers jersey. Of course, I would prefer Murty to play all three of them as a precautionary measure, although I doubt he will change from his preferred 4 at the back line-up.

Hearts are currently lying fifth in the league table having only lost one game out of the last 13 matches played and not having lost to anyone outwith Celtic since Guy Fawkes’ night. Too many draws have been their downfall, with dropped points all over the place.

Their outstanding 4-0 winning performance against Celtic at Tynecastle has seen the east end club losing their way a bit. I think our Old Firm rivals have lost some of their confidence since that shock mauling.

Celtic did get some of their pride back when they beat Hearts 3-1 in a midweek home match and this was their only defeat in recent months.

You can check out their last 13 games.

Let’s hope that Murty’s new confident Rangers team perform well at Ibrox this week and take all of the precious 3 points available because victory is no given against the SPL draw specialists.