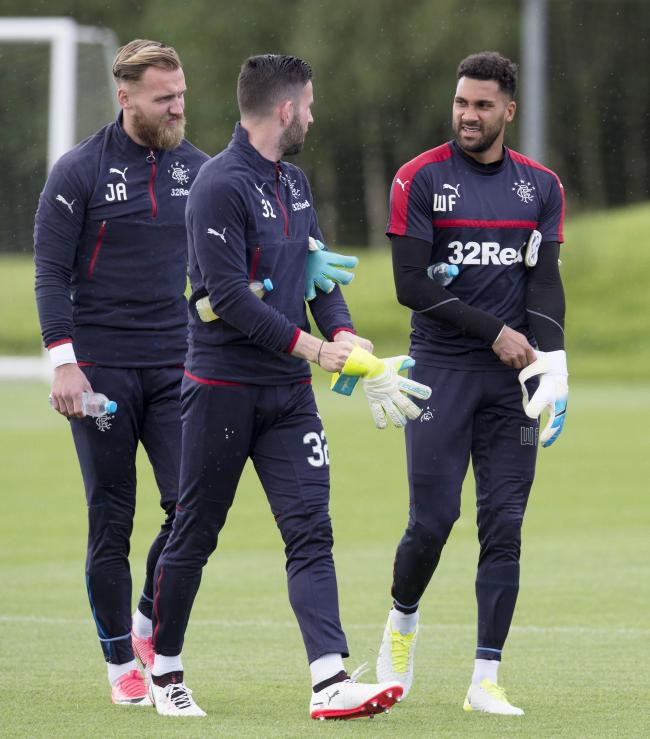 While on the face of it, a 1-6 scoreline in favour of the away team is a pretty resounding accolade, one rank failure stood out head and shoulders above the rest yesterday and continued his currently atrocious form which has this season, by and large, been disappointing at best.

The fact is, Wes Foderingham is in lousy fettle, and not only that, but the glaring weaknesses of his game are being exposed even more than usual and the man is now costing us goals.

Some tried to admonish him of responsibility for John McGinn’s daisy cutter at Ibrox, and indeed the penalty, but that match highlighted just how poor Foderingham is playing and how weak his presence in the box has become.

While it may be harsh to criticise a player who was one of Rangers’ best last season, Wes’ form the past few months has been increasingly erratic – his wild misjudgements with cross balls are increasing, his footwork degrading, and his awareness reducing. The sight of him flapping wildly at aerial delivery is becoming more regular than we would like.

Add to that the fact his shot stopping, previously his strongest attribute, itself has seemingly worsened.

While Jak Alnwick was supposed to start yesterday but became unavailable for personal reasons, Foderingham’s presence instead was the clear weak spot in the team.

We have tried our best to avoid discussing the opening goal of the match, but that incident spoke volumes for where Foderingham’s game is at.

We need Alnwick in goal when he is available because when Russell Martin elected to clear the ball for a throw rather than a simple pass back to his number one, it gave some idea of how little confidence our defenders have in the man behind them.

Alnwick has only impressed given the chance, and good football management drops players when they are out of form. Jak deserves a shot in goal, and Wes needs a rest.

Wes is not immune. He is not invulnerable, and his number two came to Ibrox to give competition to him. Well, Fods is wilting under that pressure and now it is time for a change between the sticks.

You know what you must do Mr Murty.

NB: we see most disagree with us. So be it. We stand by this piece.