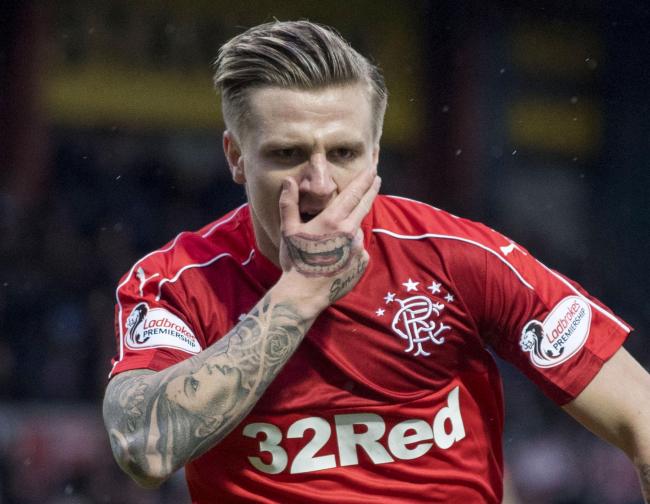 Most readers to the site will know just how highly we rate Jason Cummings. We’ve said it time and time again, and we viewed him as the best signing since 2012. We still do.

The thing is, as is obvious to anyone with eyes, Cummings is not in favour. The lad joined Graeme Murty’s Rangers with a view to becoming a regular first-team fixture and it has not happened.

We covered this a few entries ago, that it could be a problem, and the fact is as long as Murty persists with his 4-2-3-1 formation, Cummings will play second fiddle to Alfredo Morelos and will have to make do with a place on the bench.

There are a number of ways of looking at this.

Firstly, the player himself must be astonishingly frustrated – he did not come to Ibrox to park his backside – even fans (like us) got excited about the signing, assuming he would be a fixture up front. He instantly became a favourite, and his debut cameo at Ross County could not have gone better. But he has been more out of the team than in, making do mostly with sub appearances. He left Nottingham Forest to get first team football, and is not really getting it.

Secondly, the undoubted fact that Morelos is (mostly) doing it up front – the lad is the SPL’s top scorer and it’s hard to drop a player in some stellar form. The odd poorer game aside, the kid is delivering. How do you drop a player in this kind of mood?

The only solution right now is the 4-4-2 Murty tried to decent effect at Somerset Park. Pairing the two of them is a reasonable answer but while the manager has confirmed he’s open to doing so, why change the 4-2-3-1 while it’s clearly working? There is no obvious reason to alter a currently winning formula.

It seems to us Cummings has to wait. He will be antsy as hell, yes, and will be endemically annoyed at barely getting to play, but right now, as big fans as we are of his obvious ability and thrust for the game, we have to accept, like he does, that unless a particular fixture calls for a pairing up top, Cummings must content himself with being a squad player.

But longer term is of course where things get interesting. Rangers are very likely to cement the signing this summer, and with Alfredo Morelos certain to move on, it removes an ‘obstacle’. Cummings will surely become first-choice striker at that point, an inexpensive yet capable replacement for the Colombian, and as long as Murty tweaks the formation just a tad, we will finally see the Jason Cummings we signed.

For now though, fleeting appearances aside, we must accept him as a bench player.

It is an extremely unfortunate situation, but we cannot argue we don’t have quality cover for Morelos.