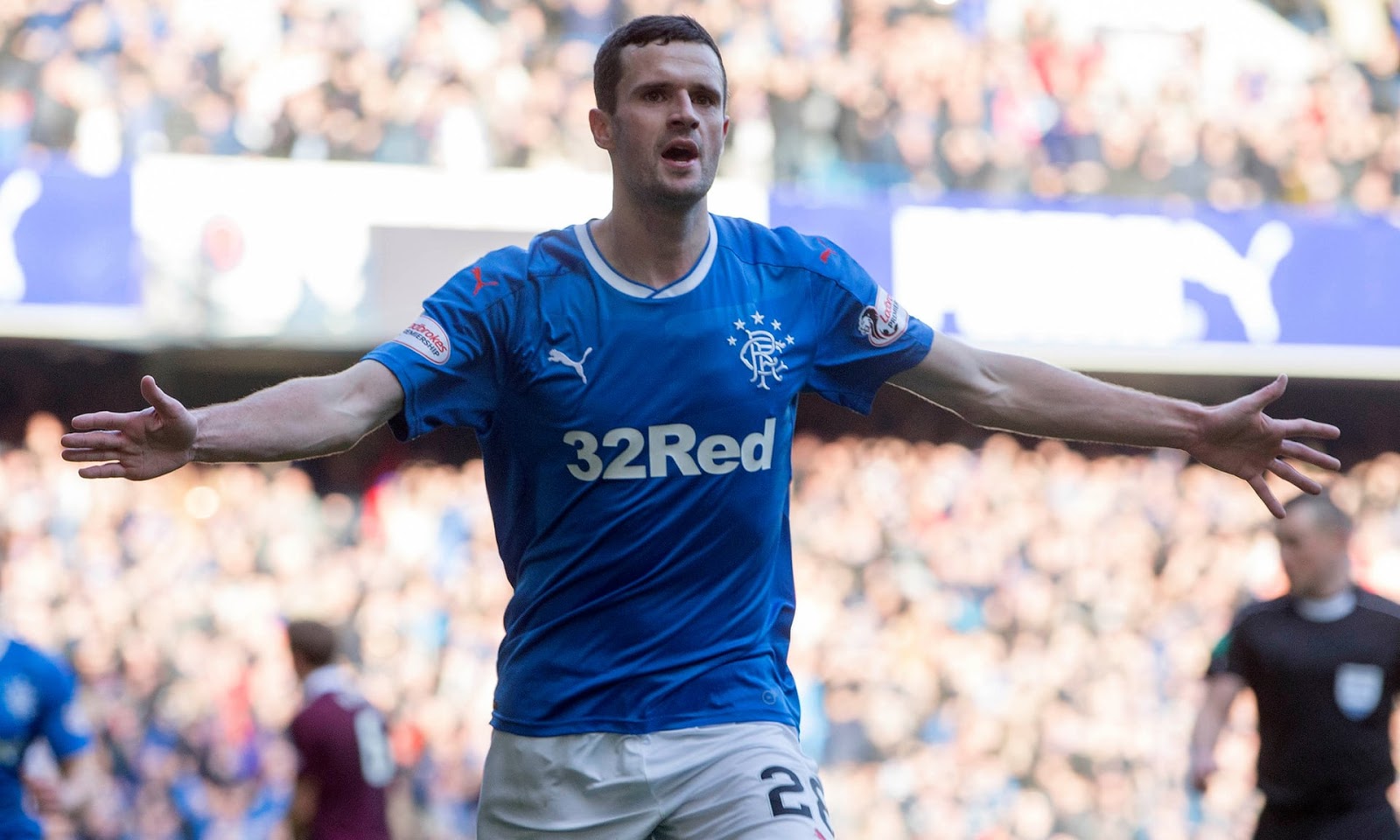 It’s honestly astonishing to look at the difference between Rangers from Graeme Murty’s proper debut to Rangers now.

Not so very long ago this Rangers side went to an admittedly on-the-rise Kilmarnock and got destroyed. Today, on arguably the most important weekend for Scottish football’s title race for the lion’s share of a decade, a stubborn Hearts, well-known for being difficult to beat, held the key for Rangers’ serious shout at a title challenge.

And quite simply Graeme Murty and his men swept past Craig Levein’s challenge with barely a sweat.

Sure, there were a few hairy moments, but that ‘keeper Wes Foderingham was only really made to pull off two significant saves in the whole 90 shows just how comfortable Rangers were against a side who weeks earlier took apart Celtic by the tune of 4-0.

Guys, we can’t understate the gravity of today – a Rangers side with a huge pile of pressure on its shoulders bestrode a massive match like a Rangers side should and won it well.

They did their part during a spell of our history where following many Rangers teams who completely insulted the jersey, this current crop are on the verge of beginning to honour it.

Defence was solid overall even if David Bates had a shaky moment or two, while Russell Martin had a much better afternoon following two rather worrying displays on the club’s travels. Tavernier was as mobile and industrious as ever, with a few sumptuous deliveries while John marauded on the left as he has done since he arrived.

But it’s central midfield which deserves the main plaudits – Docherty and Goss were outstanding, delivering a working partnership with Docherty in particular’s best display yet, a nice little ‘shoosh’ sign for those who slagged him off after the Hamilton match.

And Jamie Murphy again was simply breathtaking – scoring a truly glorious individual goal and terrorising the Tarts’ backline time and time over while supporting his own defenders as per usual. This guy is turning into a truly exceptional signing. On the opposite side Candeias performed wonderfully, his October and November lull a thing of the past – the guy is returning to full form and has become a tireless worker and few in the side as much a team player as he.

The only negatives today were Morelos and Windass – quite honestly both were absolutely atrocious – profligate in front of goal and wasteful, Morelos especially often seemed unaware he had team mates and late in the first half ignored about three men in blue so he could attempt a shot – three times. Sure, the guy’s a striker, but more and more he seems to think it’s all about him (something Windass was once guilty of but seems to have developed some maturity), and once again he had that greetin’ faced expression when taken off.

He delivers most of the time but has evidently swallowed his own hype into the bargain and that’s a bit of a shame.

But enough of the negatives – Rangers absolutely delivered today, they did their part and produced the critical three points. This, right now, is the closest Rangers have come to 55 for 6 years and even if we don’t win it this season, we really, really could.

Murty is getting results, no question, and his men will watch with interest to see if Derek McInnes can do us a big favour tomorrow.