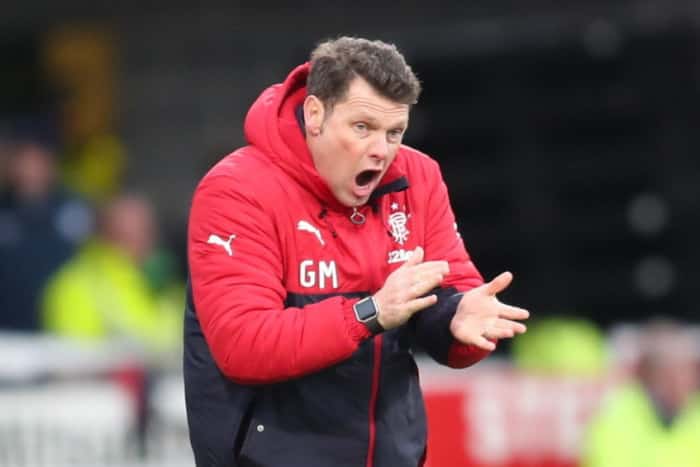 Article by: Richard, for  Ibrox Noise

Ibrox Noise has numerous readers who are adamant that Kenny Miller should hang up his boots with the first team and start spending more time coaching our under 20’s and possibly joining his young players as an over-age player.

The general feeling with fans is that Kenny is too old, out of form this season, doesn’t stay up the park often enough and that he runs all over the place.

Well I have news for you – the managers who have been selecting teams in recent years have all liked playing Kenny Miller in their first team.

My feeling is that Murty has every intention of using Miller’s talents during the 2nd half of the season, where he could be especially useful coming on for the last 20/30 minutes of certain games as a high impact substitute.

If Murphy is not having a great game playing wide left – Kenny could replace him.

If Windass is fading out of the match or picks up a knock – Miller can also play in his position.

Morelos or Cummings could be having a stinker and King Kenny could easily slot into either of their places.

With having a multi-purpose and a superb professional available for your service, you would be a fool to devalue his efforts and overall usefulness – too numerous to ignore.

After battling back from a fairly serious hamstring injury, Murty felt that Miller got some vital match minutes under his belt against Ayr United, when he returned to action following several weeks out of the side.

“You see him like that every single day in training where he brings all that enthusiasm, application, attitude and quality as well. We need to make sure if we are going to have people keeping him out of the team, it is because they are at a higher level of all of those things.”

He finished by saying:

“Kenny is a real professional and a top guy to have in and around the changing room, so to bring him back is a special thing for us and we need to utilise him correctly.”

That tells me that Miller will continue to be a major part of this new Rangers team – and personally, I agree with Murty.