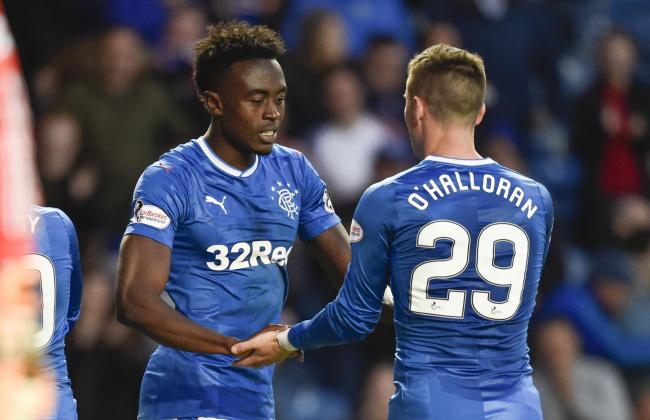 January saw a spell of much change at Ibrox. In came a bunch of new signings to give the squad a new shape and feel, while three significant loanees return to Govan determined to restart their careers at Ibrox.

Andy Halliday has indeed played a small role as a squad player since he came back, and has managed to deputise admirably for the injured Declan John at LB while coming on as a midfield sub a few times too.

However, the picture is infinitely less rosy for the much-vaunted returns of both Michael O’Halloran and Joe Dodoo.

In short, neither of the £750,000 pair seems to remotely be in Graeme Murty’s plans, and Michael O’Halloran especially must be feeling pretty low.

We at Ibrox Noise, and indeed many of the fanbase, had high hopes for the return of the pacy winger, postulating that he could become a focal point for the team and predicting big things from him – but it seems Murty’s preferred clutch of players (Windass, Murphy, Candeias, and even current fringe player Jason Cummings) for that position are all miles ahead of O’Halloran in the pecking order, so much so that he cannot even get a seat on the bench.

Dodoo isn’t faring a whole heck of a lot better – the young Ghanian has at least managed a few match day squads but is behind even Eduardo Herrera in the pecking order, which is about as big an insult as you can muster.

Which leaves us to wonder just why either of them came back. Sure, in Dodoo’s case Charlton wanted shot of him, which is fair enough, but St Johnstone were eager to keep MOH – desperate in fact and were borderline insulting about Rangers’ intentions.

And since the speed merchant came back, he has remained completely surplus. In a way we do feel for him – the lad has some talent in the right team and system, but that just isn’t Rangers, and this is arguably three Rangers managers in a row to completely unfancy him. Perhaps that shows, more than anything, just how ill-fitting he is for Ibrox.

Some will point to that infamous ‘youth absence’ story as a way to fling the book at him, claiming a lack of respect to the club, but players have done worse at Ibrox and got away with it – because they were good enough.

The problem is unless St Johnstone (or anyone else) stump up the cash for him or indeed Dodoo, their long-term deals mean we’re stuck with them.