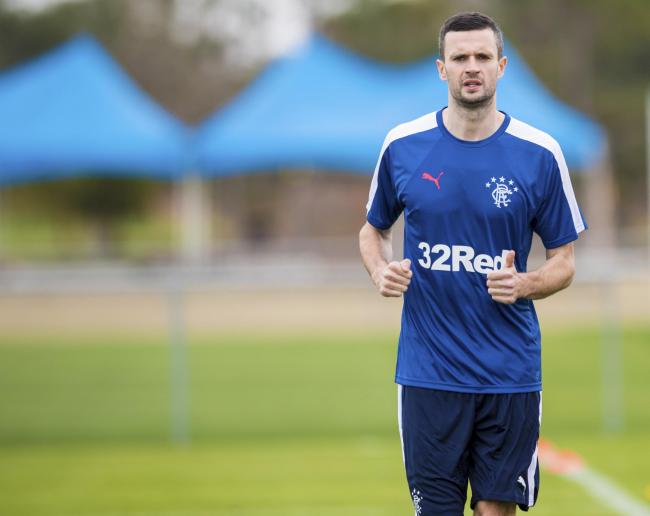 Josh Windass took most of the plaudits for scoring his hat trick in Sunday’s high scoring match in Hamilton, although it was littered by stupid mistakes and featured some very good goals in the 8-goal-thriller.

For me Windass and Morelos were absolutely terrific, but I thought that 28-year-old, 5’ 10” winger Jamie Murphy was the best player on the park.

On-loan Brighton man Murphy really impressed everyone in his best match in a Rangers jersey and he scored the all-important first goal to equalise and get his team back in the game after the early setback. Hamilton couldn’t handle his movement or end product as he also notched up two excellent goal assists.

Graeme Murty brought in some astute signings during January, but so far nobody (aside arguably Sean Goss) has made more of an impact than the gifted left-sided Murphy, whose pedigree and class has been evident from his first Rangers game.

It has taken Murphy only a few games to get himself fully match-fit, and is now showing his true qualities and undoubted talent.

A young potentially brilliant Jamie Murphy scored 5 goals for the Scotland U21’s in 14 games played between 2008 -10 and you always knew that Murphy was destined to have a great career ahead of him.

He was an excellent player at Motherwell before being transferred to Sheffield United in 2013 where again he was a huge success.

Gordon Strachan gave Murphy his first Scotland call-up for the two friendly matches against Czech Republic and Denmark on 24 and 29 March 2016, but hasn’t featured in any other of their squads since.

If Jamie continues with this kind of form for Rangers, big Eck will be forced into considering Murphy for the Costa Rica and Hungary double-header.

Murty has to be congratulated for stealing the Glasgow-born Scot away from the Falmer Stadium to Rangers on a loan-to-buy deal, initially for 6 months and making it a permanent agreed price this summer for this very talented, life-long Rangers man.

You do have to wonder how strong the competition under Chris Hughton is that Murphy couldn’t force his way into his plans.

He always seems to get into excellent positions and continually causes a lot of problems for the defenders with his clever use of the ball. He really is a stand-out player who has settled really well with his new life in Govan.

He is the master of our previous problem position of that dreaded left-flank Rangers role that so many players failed to impress in. Windass was the perfect example when the fans couldn’t take to him because he was asked to play out of his correct position.

Murphy’s touch, vision and all-round game is very impressive, and his link up play with our two top scorers, Josh Windass and Alfredo Morelos, and others, can only improve as they play more matches together.