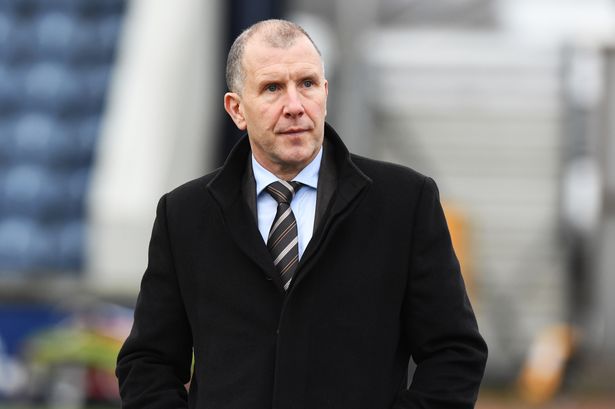 Scottish FA’s Chief Executive Stewart Regan has today finally called it quits on his time as head of the game north of the border.

In his resignation statement the 53-year old made one stand out claim which sums up the malaise of the game in this country:

“I am proud to leave having overseen a period of significant change and substantial growth.”

While he is certainly correct to say it has been a period of significant change, none of that change has been for the better and to claim ‘substantial growth’ is revisionism of the worst order.

Under Regan Scottish football’s fortunes have plummeted quicker than a mob victim with concrete anchors on his feet. The national side is an absolute global joke, once again having failed to qualify, before keeping Strachan on and failing to qualify again.

And the performances of Scottish teams both domestically and on the continental front has embarrassed the nation. Rangers, Celtic, Aberdeen and St Johnstone to name just four have absolutely disgraced the league on European merits since 2011, and while Rangers have certainly have dispensation post-2012, the abhorrent nature of the other three only makes you wonder exactly why Regan has made such a fabricated claim.

Nothing in Scotland has grown on any level in the time of Regan’s charge – instead we have seen backwards development, with a country pandering to everything green and white and letting the state of the game rot to a level of scorn.

Alex McLeish’s Scotland ranked 13th at one point. 10 years later, Regan’s incompetence in full flow, we now wobble at 32 having been 77th back in 2013 and 58 as recently as August last year.

To suggest anything in this country on a football level has grown is absurdity of the tallest order, and the proof-reader who approved such a statement for publication clearly needs new glasses.

The SPL is a rotting swamp, full of journeyman cluggers and essentially no football at all. It always was a backwater league, but under Regan’s guidance it has managed to impossibly degrade further.

His organisation’s Celtic-minded influence has stunted everything up here, letting nothing flourish and lest we forget our league organisation went two years of no sponsorship for the domestic league’s top tier.

How can any of this drivel be ‘growth’?