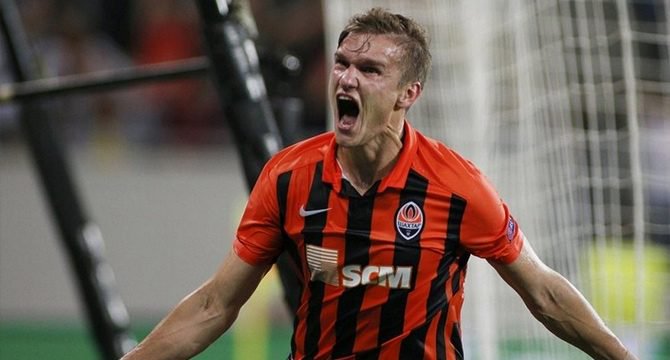 It is looking very likely now that Rangers might just sell Alfredo Morelos at an impressive base price of £11M plus addons and sell on clause, but immediately the powers-that-be must look to replace him at minimal cost.

Free agents are very handy for such scenarios with us being outside the transfer window, and consequently Rangers should plunder that market ASAP should Morelos indeed move on.

One such recommendation is former Ukrainian international Oleksandr Hladkyy, a 30-year old ex Shakhtar striker with a very decent goal return in such a strong league weighing in at 63 goals in 185 appearances for Donesk, 24 in 89 Lviv, and 13 in 35 at Kharkiv.

With at least two or three years left in him at a decent level, such a player would be a very useful and convenient short term replacement for Morelos, and if he impresses, longer term.

Hladkyy is a two-time Premier League champion at Donesk, and has a UEFA Cup trophy to add to his name too, not to mention being the top scorer in Ukraine in 2007, and just one shy of repeating the honour the following season.

While it is obvious that a 30-year old player will not have quite the same physical potential and ability he did 10 years ago, he can compensate that with the experience and strength he will have instead and he could well be worth a punt as a good foil for Jason Cummings in the event of Morelos’ increasingly-inevitable departure.

As Graeme Murty has confirmed Morelos and Cummings do make similar runs and are similar players, so, in the sale of Morelos, that would be one ‘problem’ a different kind of striker would solve.

As recently as 2015 our Ukrainian friend bagged 11 goals in 19 appearances, with 4 assists, so he clearly still has something in the tank. If Morelos does get sold, Rangers will only have Cummings as a serious striker up front – and they would be wise to fill the void quicker rather than later.

Hladkyy could well be a simple solution.