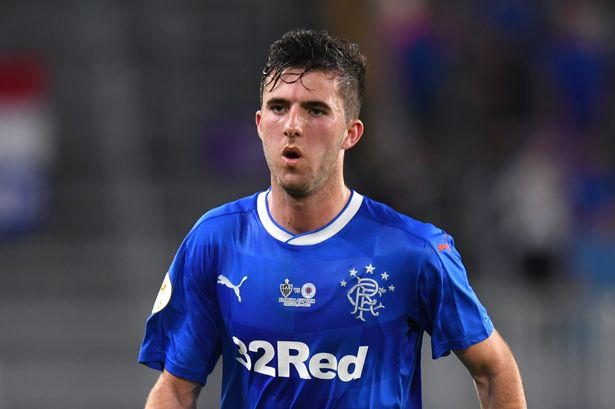 Rangers strolled past Hearts today with a fine performance and comfortably ran out deserved 2-0 winners, and a number of the players especially stood out head and shoulders. Daniel Candeias, Greg Docherty and Jamie Murphy got huge plaudits as Rangers ran rampant against a side they were expected to struggle against.

However, another performer stood out as one Sean Goss especially earned widespread praise for another sumptuous display at the heart of Rangers’ midfield.

The on-loan QPR man showed just why Rangers fans are so eager to secure his signature permanently this summer, with Loftus Road chief Les Ferdinand previously having said the 22-year old was not for sale.

But with performances like this, Rangers fans are sincerely hoping he will change his mind and let the lad join up in Govan permanently.

Here’s the best of what they said about another masterclass in midfield from the former Manchester United playmaker.

I thought Murphy was MOTM, he brings a match winning quality to the team that we’ve been lacking all too often. His goal was superb…

I thought Docherty closely followed him. Excellent all round performance and assist.

Sean Goss is the best midfielder in Scotland.

Just out the ground, our midfield today were outstanding

Candeias was MOTM for me closely followed by Docherty and Murphy…Sean Goss is something special. Touch, confidence and passing range is disgustingly good!!

Sean Goss is top drawer added a bit of bite to his quality and agree wae @TremendoHendo72 docherty and Murphy were impressive as well ! Get some of oor injured yins back and a good squad in the making ! 💙󾓪💙󾓪

There is no way we will be able to keep Sean Goss 😂 The lad could easily play in the EPL. Completely glides through games up here