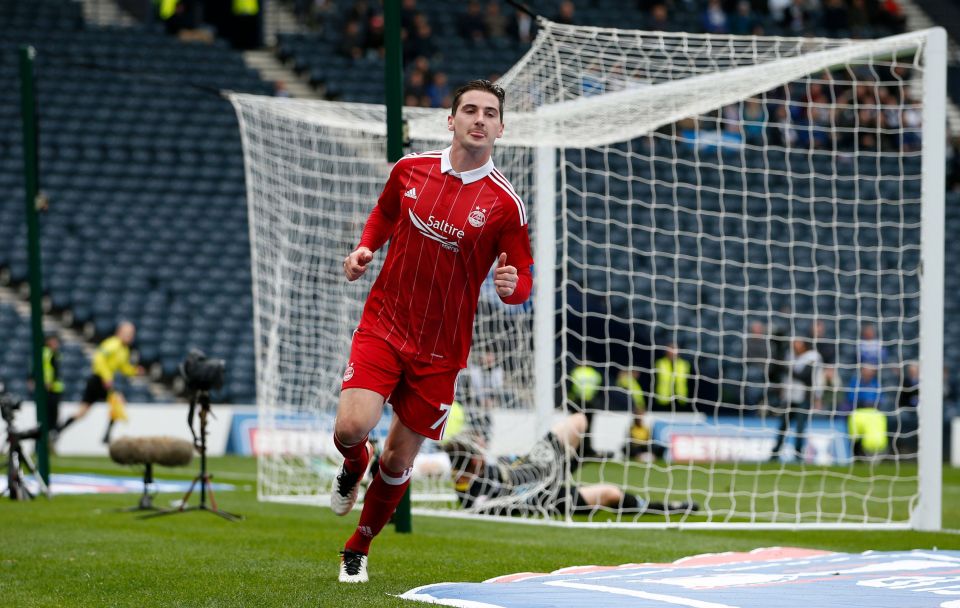 With this morning’s news that Aberdeen’s Kenny McLean is off to Norwich for a reported paltry £200,000, Rangers fans are left laughing with more than a hint of irony at the newly formed ‘Jamie Walker Fallacy’.

In short, this is the third occasion in recent times where a league rival refused to sell to Rangers for any less than an exorbitant sum, or refused outright, before then dumping the player elsewhere for peanuts.

It began with Scott Allan of course. Hibernian refused to sell to a ‘rival’, and after destroying the player’s career shoved him at Celtic for £350,000. Then more recently the nonsense with Jamie Walker; Hearts would not do business with Rangers for less than £1M only four months ago, yet in the past week have ditched the winger to Wigan for a mere £300,000.

And last but not least is the latest comedy involving Kenny McLean. Aberdeen manager Derek McInnes made the biggest hoo hah about how he refused to sell the midfielder on the cheap as the summer window closed, and here we are today with the Scotland international off to Graham Dorrans’ old haunt in Norwich for a pathetic £200,000.

Add to all this the Jordan Jones stuff with Killie and it is more evident on a daily basis that this league panders to Celtic now and clubs will do everything in their power to avoid selling to Rangers for anything below ‘excessive’.

Look at Celtic’s dealings with Dundee United. The Parkhead side offered £250k for Gary Mackay-Steven, and they got him for that. And of course Allan for £350K and then more recently Lewis Morgan for £350K.

But Rangers? It does not matter when a player’s contract expires, they do not sell to us for these kinds of prices. When the Blue Pound comes in, £350K changes to £1M or even double that.

It is the way it is now, and the only way Rangers secure a ‘rival’ player is if that player is imminently out of contract and chooses us, ala Ryan Jack.

After the Greg Docherty deal looked certain, it is starting to feel anything but.

This league is a different world to the one Rangers left in 2012. And until Rangers get some influence again in the right places, it is not going to balance itself out again.