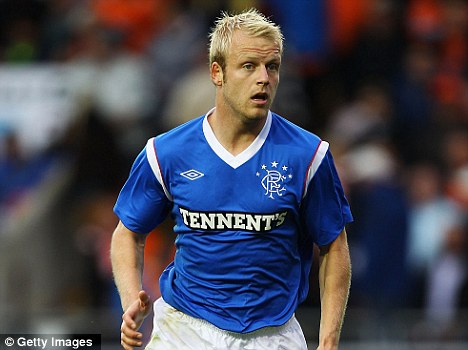 “Steven Naismith to Rangers” has hotted up again today with strong reports that Norwich City have allowed the Scotland striker to leave this month on loan, and his destination club will be his own choice.

Despite claims that a number of English sides are interested, and will take on some of his wages, the 31-year old striker has been said to be favouring a move home Scotland to be near family, and is paraphrased in the (gutter) press as saying he would play for free at Ibrox.

We have heard such outlandish claims before, famously by Madjid Bougherra who claimed he would play for Rangers for free, and Naismith is definitely on  record as saying his next club would not be about money.

The question is are Rangers’ chiefs interested in acquiring him? There is little doubt about the quality he would bring, but Rangers have a habit of often being interested in different players to those the fans are attracted by, so we cannot be sure if there is genuine interest in the former Everton forward.

But with his own choice being the guiding factor, we will see just how keen Naismith is to play for Rangers again.