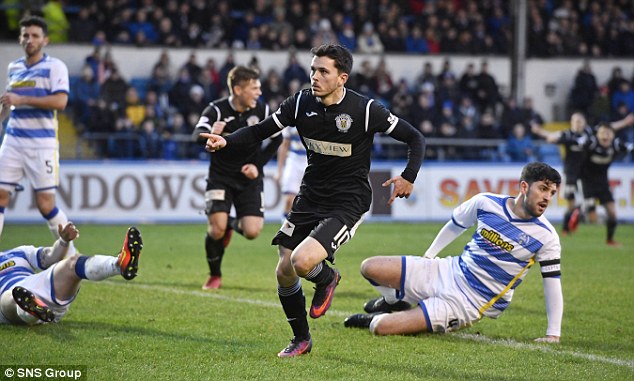 After a summer of being linked heavily to the Championship’s best player, Rangers appear to have given up without any kind of fight for the services of St Mirren’s Lewis Morgan.

Widely regarded as the most promising prospect the country’s second tier has to offer, the 21-year old attacking midfielder’s loss to Celtic feels more than a touch like a second Scott Allan shambles, and many Rangers fans have no idea why we did not even muster a bid.

The youngster is on the verge of completing a £300,000 move to Celtic, with immediate loan back to St Mirren Park; that is something Rangers could easily compete with, and Morgan would surely have strongly considered Govan given he would have made the permanent switch to Rangers and likely been installed immediately in our first team squad.

Rangers generally seem to be creaking in something resembling the right direction; our defence actually looks quite good, but midfield and attack need desperate work. With Graham Dorrans injured, Ryan Jack injured or suspended, and Jordan Rossiter in desperate trouble (more on that one later), quality additions need to be made there.

And Morgan would have been a low cost and high potential signing to make.

But it appears Rangers just were not interesting in outbidding Celtic and getting our fans a promising young player.

And we cannot help wondering why.