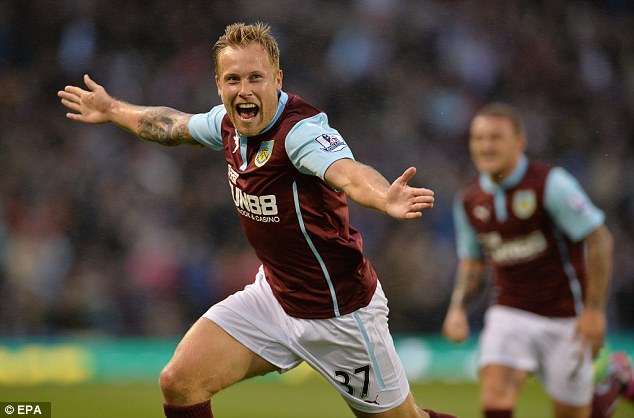 The 29-year old is mulling over his future and Burnley boss Sean Dyche has conceded he may well reject the new contract offer given the former Scotland youth international has only six months left on his current deal and as yet has not put pen to paper on Burnley’s extension terms.

Heavily used this season, with a couple of goals for good measure, albeit benched seven times too, Arfield would represent experience at the highest level for Graeme Murty to invest in, be it now for a cut-price deal, or a free transfer in the summer, but Rangers are naturally not the only side sniffing around a player of this quality, with David Moyes’ West Ham said to be interested too.

This is certainly the calibre of player Rangers fans are starting to enjoy being linked with, with the likes of Arfield, Jason Cummings, Steven Naismith and Greg Docherty all heavily mentioned in Rangers’ circles.

But Arfield would be quite a snatch, and Rangers might just be able to pull it off.