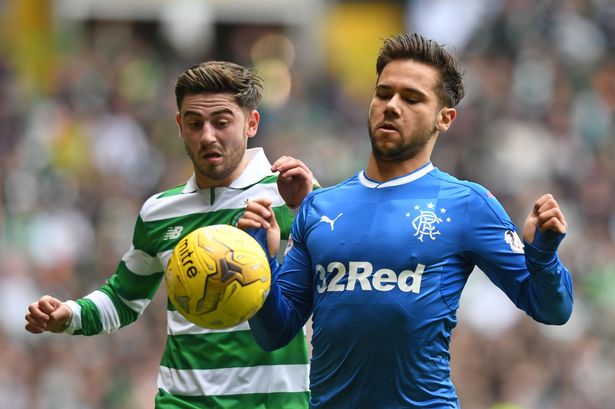 It has been something of a mystery. Why did Harry Forrester, who showed unquestionable talent, ability, goals and general quality on the pitch, get frozen out at Ibrox by both the manager who signed him, Mark Warburton, plus his replacement Pedro Caixinha?

Fans wondering what on earth possessed his managers to ditch him from first team action so abruptly may now have a possible answer thanks to Wimbledon coach Neal Ardley.

Forrester is currently on loan in London albeit reports are suggesting Graeme Murty may recall the playmaker, but some comments from his loan coach about his mentality may give some idea as to why he found himself on the outside looking in:

“One thing we have realised as a staff is that he’s a game player rather than a trainer. We were looking for signs he was getting his fitness and where it needed to be. We were looking in training and not seeing it. Having put him in the team and still watching him train, he is maybe one of those who gets himself really up for game and shows out more than in his training, although it is not poor.”

In other words, Forrester’s attitude in training and off the pitch probably is not as committed as it needs to be, and this may be something which has affected him his whole career.

There is no denying his mentality in games is pretty good – he works hard, plays hard, shows plenty of quality and affects games. But the mystery of why two managers in a row effectively axed him from the match day squad may have been solved.

The only contradiction is if he is good on match day, does it matter about his training? Well, this comment does support a problem there too:

“Harry is a good player, no one is doubting that. The problem we’ve had with Harry is trying to get him up to match tempo. You have to start somewhere. With both Harry and Egli (Kaja), you could see they were feeling it with 25 minutes to go. They were really struggling to catch their breath. The pace of the game at first-team level is intense. We were contemplating going with two up front at that point to try and take a stranglehold on it, but then Harry popped up with that moment. He is not all of a sudden going to catch fire, but we have to try and get him to the level where he can do it week in and week out.”

And beyond that is the sheer professionalism demanded at Ibrox. Few managers would select a player who does not give his all in training, no matter what he can offer on match day. You would have to be a special talent to get away with that, and there is little argument that Harry is.

That said, if the lad could just buck up his attitude and apply his game mentality to his entire career, he would be an asset for many teams.