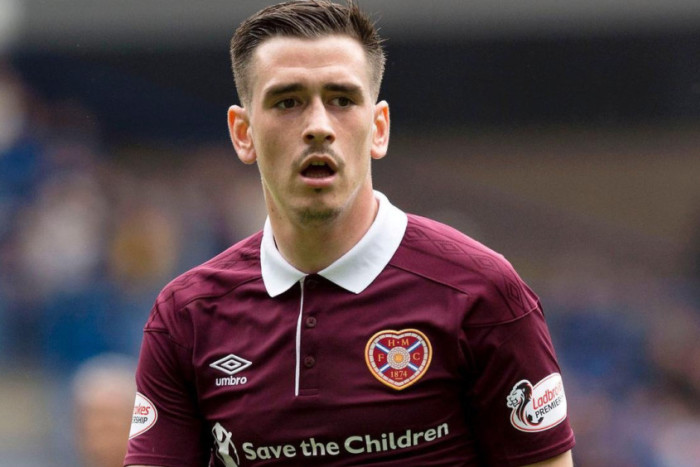 With Rangers close to securing Scotland international Jamie Murphy from Brighton for a fee reported to be in the region of £1M, the signature of the former Motherwell winger does seem to finally spell the end of any lingering interest the club had in Jamie Walker of Hearts.

Few will forget the summer saga which maxed out at a £600,000 bid for Walker before ultimately being rejected by then-manager Ian Cathro’s men.

His arrival seemed a foregone conclusion but Hearts continued to hold out for the reported six-figures they wanted, and Rangers said no, much to the disbelief of many supporters.

Fast forward to the present day – Murphy, an EPL player with lots of experience and a good age, will almost certainly come home to Scotland for aforementioned million squid, while Walker, out of contract this summer, has been subject to a £300,000 bid from Wigan.

There are a few facets to this;

The loss of around £300,000 by Hearts for the sake of stubbornly demanding £1M instead of the circa £600K bid Rangers topped out at.

The irony that most fans appear to be quite happy with the capture of Murphy while Walker seemed to divide a few of them.

And the switch for Walker from the SPL to England’s League One, which is at absolute best a sideways move – they are likely to be promoted for next season given they top the division, but there is no guarantee.

In short, Walker appears to have become a bit of a memory now and nothing more. Indeed, his comments after the bid fell through did suggest Rangers were done with him as much as he appeared to be done with us:

“Let’s not kid ourselves, Rangers are a massive club and of course, it was on my mind, but I’ve got seven months left on my contract and it’s up to me to play well and maybe get an even bigger move. On the last day of the window, I wasn’t sitting expecting it to happen. I knew Rangers were possibly going to come back in, but if they really wanted me I think they’d have put down the money. It’s a massive club and if it doesn’t happen, I can still go on to bigger and better things. Rangers aren’t the be-all and end-all. It’s up to me to show what I can do and maybe get something better.”

A number of pieces here give clues:

‘maybe get an even bigger move’ – in the context he said it, Walker appears to have been hoping something bigger than Rangers came in for him. Well, Wigan’s yer dinner mate.

‘if they really wanted me they’d have put down the money’ – half right. Hearts wanted too much, and Rangers offered two thirds of the asking price which was probably fair. But meanwhile we happily put down more on the likes of Pena, Herrera and Cardoso.

And the rest of his language does seem to be putting Rangers down.

In truth, we have no quarrel with Walker – Ibrox Noise did want the lad but was far from impressed by the performances from him that we saw. And we wish him the best for the rest of his career, unless with a rival SPL club when they play us.

But it does appear this chapter is formally closed. And Ibrox Noise readers will be delighted to hear we are unlikely to ever discuss him again.