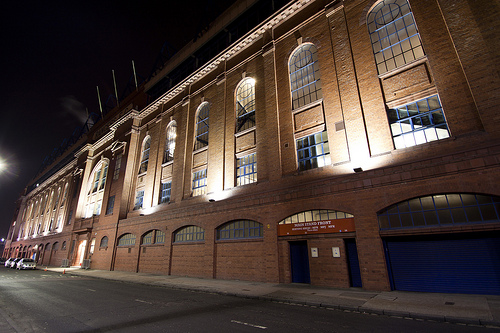 We have recently witnessed Celtic’s unbelievable unbeaten record come to an abrupt end in the Scottish Premiership, with Hearts handing Brendan Rodgers’ side a 4-0 hammering in mid-December, proving that the Hoops are not the unbeatable force many thought they were following a 69-match strong streak.

Despite Celtic’s wake-up call, it is hard to see anyone toppling them in 2018, with Aberdeen and Rangers, their fierce Old Firm rivals, way off the pace. It has been a particularly difficult for Rangers in recent years to watch Celtic excel whilst they have suffered from a desperate few years climbing back up the Scottish footballing ladder.

2018 will be the year where Rangers look for a strong finish in the Scottish
Premiership, with the hope that in the not too distant future, they can put the
pressure back on Celtic. However, for one Gers player, the end to the current
campaign will be a little bit more meaningful, with Bruno Alves hoping to be included
in Portugal’s World Cup squad for the summer’s main event in Russia.

Alves was part of the Portugal squad who surprisingly won Euro 2016 against
all odds, with the 36-year-old defender amongst the substitutes for the final,
when Portugal surprised hosts France in Paris.

For this summer’s event, Portugal and Alves have been drawn in a group with
Spain, Morocco and Iran, with Fernando Santos’ side seeing their odds drift out
following a tricky draw, which paired them alongside 2010 champions, Spain.
The Oddschecker World
Cup preview following the draw told us how Portugal’s odds of picking up
another major trophy in 2018 had in some places drifted from 20/1 to 28/1.

Alves currently has 94 caps for the Portuguese national team and will be
hopeful of adding to that number over the course of the World Cup in Russia,
with his performances for Rangers impressing so far this season, as the Ibrox
outfit look to topple Celtic and secure another shot at European football next
season.

A lot like Rangers in the Scottish Premiership, Alves will know that success in the World Cup is even more unlikely than it was in the Euros in 2016, but having experienced World Cup football in both 2010 and 2014, the 36-year-old will want one more chance to impress on the world stage in what is likely to be the defender’s last major international competition.

Few will be looking at 2018 and predicting the Scottish Premiership season to finish how many expect it to, with Celtic crowned champions, which could well be the case. However, for Rangers, and Alves in particular, the second-half of the season promises to be a vital one, with a World Cup on the horizon.