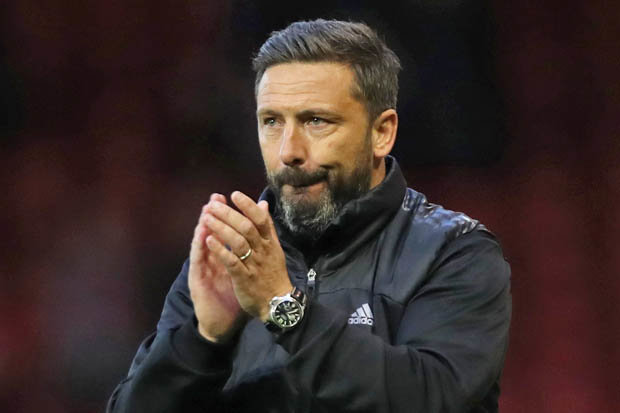 The level of dislike aimed at Rangers by Scottish football has reached pantomime levels. We always knew this country does not like us, but the Aberdeen farce with Derek McInnes is just the latest episode to highlight how much.

As all fans will know, Rangers made an official approach to Aberdeen for the services of Derek McInnes. That approach was rejected out of hand.

However, Aberdeen were quite happy to grant the same permission to Sunderland. On that occasion McInnes elected to pass up the chance to better his career in England.

Some justify this (within our own support, bizarrely) saying that because Rangers are an SPL club Aberdeen do not want to do business with us.

Quite happy to sell Jonny Hayes to Celtic though. And quite happy to take Ryan Christie on loan from them as well.

In short, just like the Hibs farce in the Championship where they refused to sell Scott Allan to us, Rangers’ major Scottish rivals absolutely will not do business with us. Aberdeen, Celtic and Hibs in particular have a real bee in their bonnet about buying or selling when it involves us, but are quite happy to pass players and managers around between each other.

It is nothing new, of course, but my goodness it is pathetic.

Some make the argument that they are digging their heels because they do not believe we have the money, and are pettily highlighting the fact – we may not have the finances of yesteryear, but in the past eight months Rangers have spent at least £13M on players and legal bills, so no one is going to claim we have no money.

As an aside, Hibs would not have sold Rangers Scott Allan even if we were in the SPL. Simple fact.

And sure, this may have sounded like a bitter and immature rant, but damn me if it does not have a ring of truth in it…