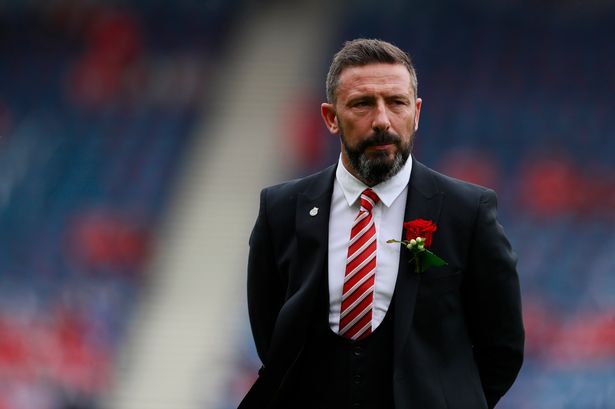 Sky Sources have tonight revealed that it is understood Derek McInnes’ Aberdeen contract ‘stipulates levels of compensation based on interested parties’.

In other words, the level of compensation required to free the imminent Rangers manager from his current deal is defined by the interested party – quite what this financially entails is less clear, but with the reports that Rangers’ £800,000 bid was rejected, there may well be a clause that to switch to an SPL rival will cost a certain amount more than, say, one from an English Championship side.

Speculation is rife anyway that McInnes may well be forced to resign, with outlets claiming ‘significant progress made’ which could mean absolutely anything following his crunch talks with Stewart Milne this afternoon, but if he does resign, given it is a standard managerial contract (as far as we know) Aberdeen would lose him for nothing.

It is unclear why certain opinions over the past day have claimed if McInnes resigns then we will require to compensate Aberdeen – it is not a breach of contract to resign, and indeed is pretty standard practice in football.

If these same opinions could also explain why Nottingham Forest did not compensate us for Mark Warburton resigning, that would also be grand, cheers.