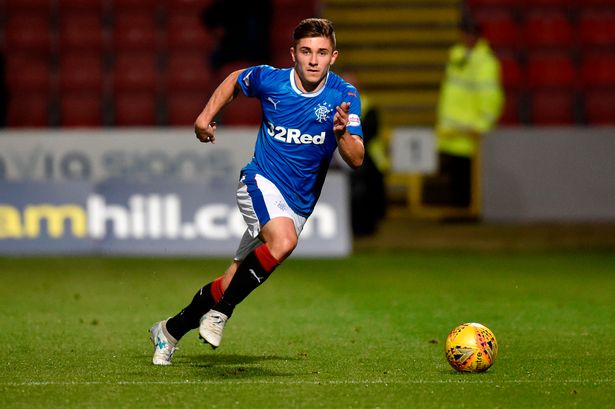 Breaking news today has suggested Rangers could lose four players at least in January, with the latest exodus being on the cards.

Fans will not be too disappointed at the departures of either Eduardo Herrera or Carlos Pena, but some may be a little sore over losing Bruno Alves and surely the majority will not want Declan John to leave.

Herrera has been a poor signing, failing to impress anyone, and he will be no loss come next month. The SPL’s most used substitute this season, he epitomises the disaster that was Pedro Caixinha.

For Pena’s part, he has fleetingly shown his abilities and truly impressed with them when in the mood. When he feels like it, he is technically as good as anyone in the SPL. Maybe even the best – but otherwise is lazy, disinterested, lethargic and not up to the pace of the division. That side of his game would be no loss next month.

Meanwhile Alves has mostly disappointed. When we look at the impact of great recent defenders like Boumsongs, Cuellars, Weirs and even Bougherras, Alves has not come close to the quality of any of them despite an infinitely superior CV. He has shown occasional matches which hinted at his ability, but overall, weak in light of the expectation about him. But some fans do still rate him and would not be happy to lose him.

Lastly almost all fans have been impressed by what amounts to arguably the best summer signing in the form of Declan John. While his loan deal was unheralded and supporters even wondered why we were bringing in a Cardiff ‘reject’ for a position where we had plenty of cover, his performances have grown and the Wales international has been, along with James Tavernier, Rangers’ best performer over the past couple of months.

It is a season long loan, but he will be free to negotiate in January with other clubs, and while there is hope Rangers can secure him into next season, sadly we struggle to compete with the glut of big English Championship sides who are said to be after his services. Cardiff may even recall him in January as well. Which would be a real kicker.