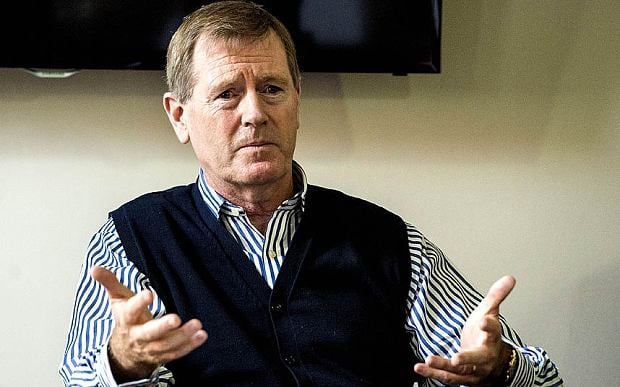 We have had over 12 hours to digest the latest level of farce from Ibrox, and to call it one is probably modest.

We went from ‘Derek McInnes has been appointed manager’ from those ITK to ‘Graeme Murty will stay on till mid-January at the least’.

To put it mildly, 2017 has been an absolutely shambolic year in the history of this proud club. Naturally it has not sunk to the genuinely wretched levels of hell we experienced in 2012, but it certainly has been well up there with the darker days we experienced in the early to mid-80s, and some would argue has surpassed them.

And to put it frankly Rangers’ board is the only source of blame here. While we will not hold the appointment of Mark Warburton against them too much given what stock he appeared to be coming with, it ultimately ended up a disaster in the SPL and following his resignation, Rangers have made blunder after blunder after blunder.

We give credit of course to the severing of the Sports Direct retail partnership, but over a near two and a half year tenure in Govan, that appears to be the only thing this board got right.

It is just painful to watch the incompetency of this Rangers hierarchy again and again.

Dave King and his pals have taken us as far as they can and it seems time for a fresh regime that can genuinely take us forward.

Think about it – everything negative that has happened since they took over – imagine the absolute meltdown and rage, not to mention protests and chants of sack the board there would have been under the previous regime? If this was Llambias and Somers, and it once was, fans would be mounting protests and launching season ticket threats.

King appears to be getting cut a little more slack because he saved us. Whether he saved us or not is beside the point – he and his mates on the board are simply not fit to take Rangers back to where we belong and that is what matters.

There is now a real feeling of hopelessness – sure, we did not really want McInnes, and in that sense on a personal note Ibrox Noise is glad it did not work out, but it does still leave us utterly rudderless and unclear what the future holds.

We are a little worried now, and cannot envisage a bright tomorrow under this present regime.

And a word for poor Graeme Murty – every match recently ‘has been his last’ and he genuinely bowed out at Pittodrie as if it was his final. Now the poor sod is wheeled back out and will continue on with the seniors. God knows where his head must be at right now.

But regardless, we see no clear path now forward for Rangers; they all get blocked off and every time we sense a little hope, it is cruelly swiped from us.